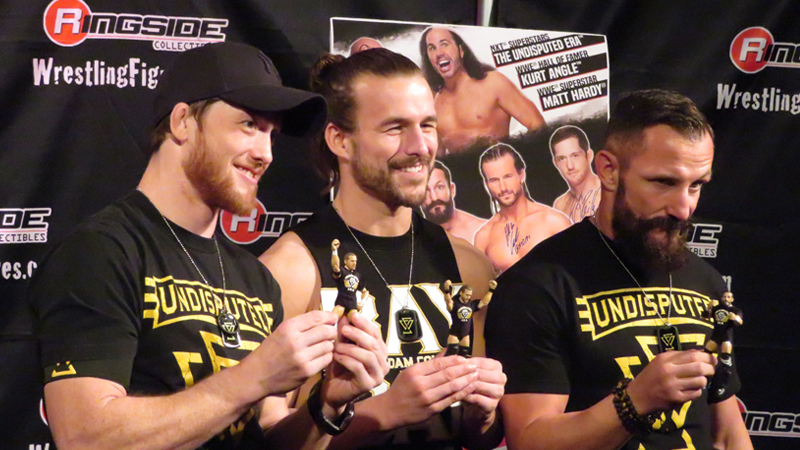 WWE SmackDown is back from Europe, and we’ll be getting some NXT stars on tonight’s television show as a result.

PWInsider is reporting that all four members of The Undisputed Era are backstage. Adam Cole beat Daniel Bryan in the main event of SmackDown two weeks ago, so it remains to be seen what sort of trouble they’re getting into. Bobby Fish & Kyle O’Reilly will be in the tag team title triple threat, while Roderick Strong will face off against Shinsuke Nakamura and AJ Styles at Survivor Series. So far, it’s only Cole that doesn’t have a match lined up for the big pay-per-view.

Excited to see Adam Cole (Bay Bay!) and friends on SmackDown? Let us know in the comments below.