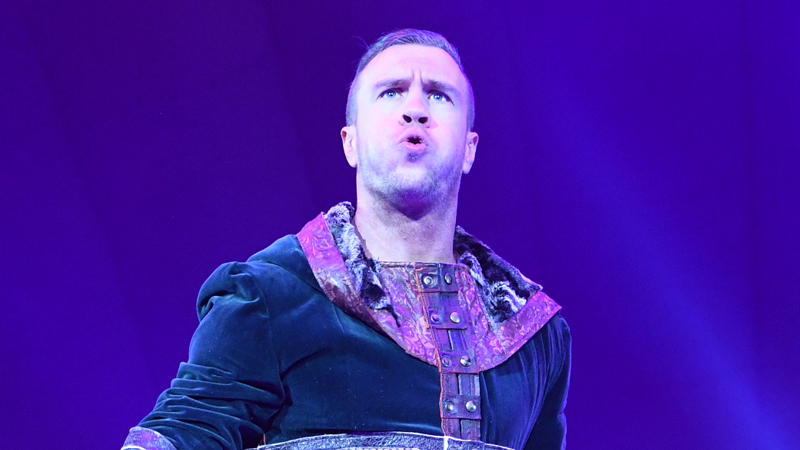 In Memoriam: The NJPW/ROH Relationship

“High water risin’, the shacks are slidin’ down
Folks lose their possessions and folks are leaving town
Bertha Mason shook, it broke it
Then she hung it on a wall
Says, ‘You’re dancin’ with whom they tell you to
Or you don’t dance at all’
It’s tough out there
High water everywhere”
-Bob Dylan, High Water (For Charley Patton)

The NJPW/ROH relationship is dead and woe is us- we are in a lot of trouble! New Japan Pro-Wrestling walked up behind Ring of Honor in the middle of the night and snuffed out the flame it once shared with the Sinclair Broadcasting-owned wrestling promotion. The Japanese giant entered the already crowded American wrestling market on Oct. 21st, and in doing so pulled the plug on comatose partnership with Ring of Honor. There is no other way to sum up the announcement of New Japan Pro-Wrestling of America. It’s Million Dollar Baby, all over again.

New Japan Pro-Wrestling announced their partnership with Ring of Honor in 2014, after the Japanese promotion had made other less fruitful entries into the North American scene. The two companies cross-promoted flawlessly, building two big North American tours (War of The Worlds & Global Wars) and a Japanese tour (Honor Rising) that presented both companies on similar, if not equal footing. Ring of Honor’s world title was even defended on Wrestle Kingdom 10 & Wrestle Kingdom 11. Ultimately, this did a disservice to the two promotions. NJPW looked like a minor league sibling to Ring of Honor in the United States, while Ring of Honor looked like NJPW’s developmental promotion in Japan.

2018 was where the trouble began. Ring of Honor, and Sinclair Broadcasting, helped co-branded talent Cody Rhodes, Matt Jackson, Nick Jackson, Hangman Page & then-IWGP Heavyweight Champion Kenny Omega set up a one-off show called All In. During this time, NJPW & ROH offered the five men dual contracts. All In was a success, and the dual contract offer was proof of the group’s value. These have been widely accepted as the fuel behind the formation of what is now known as All Elite Wrestling. The creation of AEW would see Rhodes, The Jacksons, Page & Omega leave NJPW for good, and take Christopher Daniels, Scorpio Sky and Frankie Kazarian from Ring of Honor, as well as NJPW stalwart Beretta. In signing Beretta, Page, Omega & Chris Jericho, AEW took the backbone of NJPW’s expansion into North America. NJPW had to lean heavily on Ring of Honor talent during their New Beginning In USA tour. AEW seemingly crippled both promotions before they were set to run a show in the legendary Madison Square Garden.

By April, New Japan Pro-Wrestling had come back strong from AEW’s opening flurry. They’d put the IWGP Heavyweight Championship on young heel upstart Jay White, creating a credible threat to be vanquished by NJPW’s franchise face Kazuchika Okada, and a focus on stars like Hiroshi Tanahashi, Tetsuya Naito & Kota Ibushi, had effectively cauterized any wound that AEW could’ve caused. The same could not be said for Ring of Honor.

Ring of Honor came to G1 Supercard a desperate mess. Their bankable matches were cross-promotional title vs. title matches with the more serious NJPW. They suggested their world title match, a triple threat ladder match between Jay Lethal, Marty Scurll & Matt Taven should close the show, with the show ending with the divisive Matt Taven holding the Ring of Honor World Title aloft, instead ending the show with Kazuchika Okada recapturing the IWGP Heavyweight Championship from the sinister Jay White. ROH was vetoed and Okada closed the show, but the squabble over the main event would be the last of the night’s troubles.

During the show, Ring of Honor and New Japan hosted a winner take all four-way tag team match for both companies’ tag titles. The match saw Tama Tonga & Tanga Loa win both companies’s titles, but the IWGP Tag Team Championships were absconded by NJPW sneaky-sneak Toru Yano. While this was shown on the broadcast, no one in the arena noticed. As Yano was trying to get the crowd’s attention, former-WWE Superstars Eric Arndt and William Morrissey (fka Enzo & Big Cass respectively) hopped the barricade and exchanged blows with members of the Ring of Honor tag division, and Bully Ray for some reason. This author witnessed Rocky Romero holding back Mark Haskins and other wrestlers, as very few had a legitimate idea of what was going on. As the night unfolded, it became apparent even NJPW had no idea what was happening.

Reports following the event suggest that only some in Ring of Honor knew that the former Enzo & Cass were working an angle with the promotion, that would see the two portrayed as loose cannon free agents. Their appearance cast a pall over the entire evening. What should have been a celebration of NJPW & Ring of Honor selling out the home venue of WWE, the night before WrestleMania, became all about Enzo & Cass & Matt Taven.

After Dallas, NJPW returned to the United States, but in smaller venues. Those venues also happened to be venues that were tentpoles of Ring of Honor’s North American presence. In Lowell, New York, and Philadelphia NJPW sold-out venues that Ring of Honor had been barely filling in the weeks before. When the New York show started over an hour late due to trouble with the ambulance company, and thus the New York State Athletic Commission, some cried “sabotage,” and worse some felt it might have come from someone that would’ve known the ambulance company the venue used, like someone at Ring of Honor. While nothing has been confirmed, just the rumors alone told a tale of a bridge burnt; a partnership fractured.

Last weekend, NJPW announced that they will be launching New Japan Pro-Wrestling of America, with the first official events being the NJPW Showdown shows in San Jose & Los Angeles. During the press conference, NJPW showed the phases of expansion into North America, with the Ring of Honor partnership, and G1 Supercard, being marked as early phases, and that NJPWofA was always the endgame. It felt like the promotional equivalent of “you can’t dump me, if I dump you first,” but if one of the parties was also on life support.

At one time, there was an anti-imperialist flare to NJPW & Ring of Honor’s partnership. They were a united force, along with CMLL, that would stand up to WWE’s attempts to seize the global wrestling marketplace. That dream is dead. It’s Million Dollar Baby, all over again.