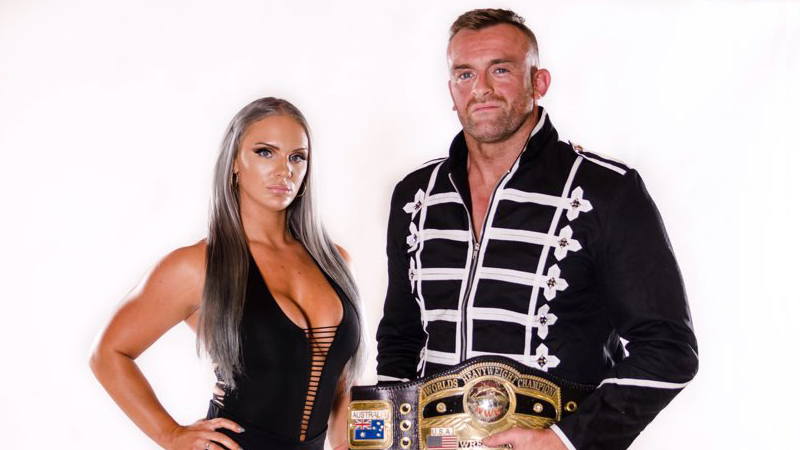 Speaking with the This Is The NWA Podcast late last month, reigning NWA World Champion Nick Aldis had a long conversation regarding where he sees NWA going in the future and who he’d love to battle in the ring. Before that, he also touched on where he first rose to fame, TNA Impact. When asked about what it was like backstage, Nick said it was more laid back than other places, or at least that’s what he was told.

Obviously we had a very WCW-esque approach in the sense of like ‘Oh, this guy’s leaving WWE? Cool! Let’s give him a job.’ There was some of that in the water supply, but all I would hear from all of those guys was about how much tension and how careful they had to be at WWE, how much politics there was backstage but how here at TNA they loved it because everybody was just going about their business, everybody was just cool with each other and there were no rules, no heat or no bullshit.

Of course, with that kind of attitude, there can also be some frustrating moments. Any viewer of Impact at the time could tell you that. “…some of the dumb stuff that happened, we’d all be shaking our heads. And we would all get frustrated when you have a card that’s like, ‘Okay, let me get this straight. A live event that has Kurt Angle, AJ Styles, Jeff Hardy, Beer Money, Samoa Joe, the X-Division guys, all this young talent and like, we’ve got 200 people here? Someone’s not doing their job, guys. Because Jeff Hardy could draw 3,000 people by himself.”

Getting into NWA territory, Nick shared what the exact pitch was for the new company as Dave Lagana sold it. He also shares what he brought to the vision, which we’ve now all seen in the first episode of NWA Powerrr.

Billy basically wants the wrestling he watched on TV. He wants a modern equivalent to that. He wants men cutting promos and having physical rough and tumble wrestling matches. I said, ‘That I can do.’ That was them describing their vision of what they wanted and then they asked ‘What is your vision?’ I said I wanted matches to feel like prize fights. I said ‘I’m sitting here watching the build to Mayweather/McGregor and it’s just the best shit I’ve ever seen. It’s fantastic theater. They’re taking everything that prowrestling did first, doing it better and pro wrestling’s not even doing it anymore.

Speaking of Powerrr, Nick said that he sees NWA becoming a “solidly established brand, attraction, and organization” within the next five years, with himself serving as a “sort of respectable OG character.”

I think brand is the best way to put it because I could see us working with multiple different companies here and there but ultimately what I’ve always wanted for us is to be like the HBO Boxing of pro wrestling.

Finally, when asked who he would face in the ring if he could fight anyone, names like Triple H, Brock Lesnar, and John Cena came up. Also on the list is CM Punk, and Nick expanded on that proposition. “Punk could negotiate a deal with us, we could do a PPV tomorrow where he keeps half the revenue. We’d do it. No questions asked.” He then compared it to the program he had with Cody for the title last year at All In. “Imagine the kind of packages we could do with Punk. He could sell out Chicago like that, ya know? I genuinely believe he could take the reigns on the entire business side of it and he could make seven figures to wrestle me for the NWA title.”

Transcripts provided by the This is the NWA Podcast