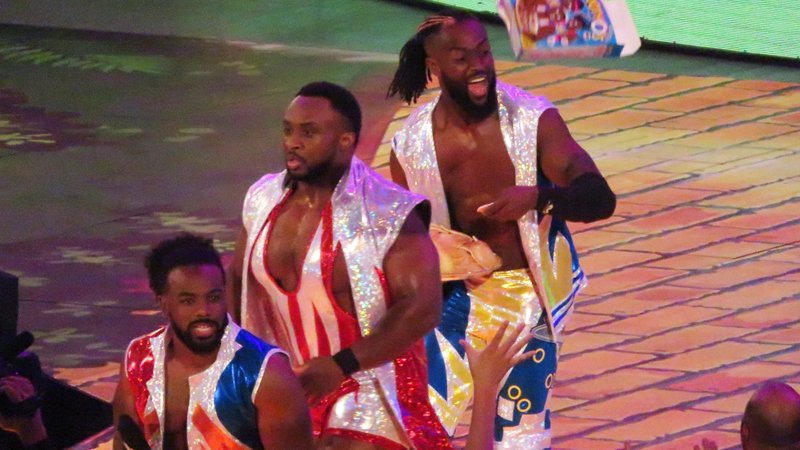 The New Day opened Tuesday’s episode of SmackDown Live with a big victory over Randy Orton & The Revival in a six-man tag team match. In a bit of a surprise start to the show, the match saw all six superstars giving it their all, with Kofi Kingston being the catalyst for the New Day’s victory.

After The Revival attempted to continue attacking the leg of Xavier Woods, it was Kingston who made his way into the ring and took charge, delivering a series of kicks to Randy Orton while also keeping the Revival from getting into the ring. After a brutal Trouble in Paradise, Kingston did more than enough to secure a victory, although an interruption from Brock Lesnar changed the celebratory mood.