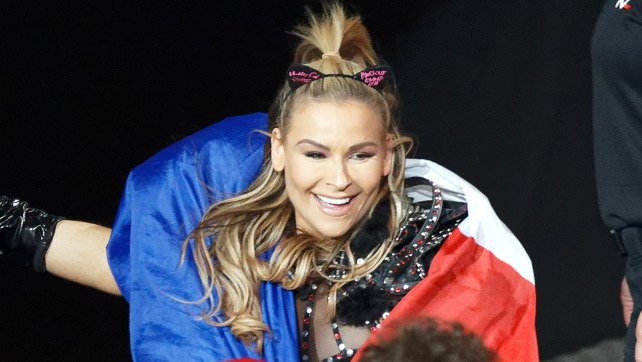 Friday night, the WWE made its way to Calgary for a live event, where Natalya was able to take part in a match in front of her hometown crowd. Afterwards, she caught up with the WWE to share just how special the night was. In an emotional video, Natalya was happy she was able to participate, and while she doesn’t know what’s in store for her, being at home was perfect for her.

"If this was it, then it was perfect." @NatByNature is overcome with emotion after performing in front of her loved ones at #WWECalgary. pic.twitter.com/fskLYOuQa3

Natalya wasn’t the only one who made her way back home during the WWE’s Calgary event. Bret Hart – who was born in Calgary – also stopped by, and talked about just how special it was to not only be back in Calgary, but for the WWE to have the show in the legendary Stampede Corral arena.