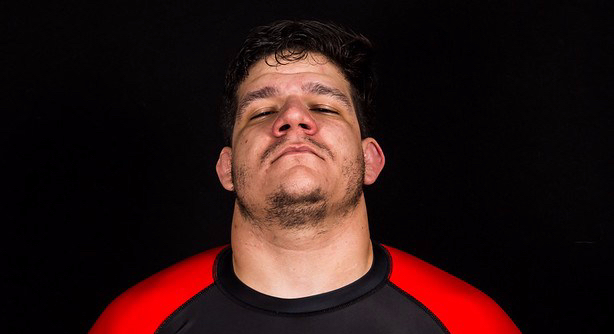 MLW’s Dominic Garrini recently spoke with Wrestlezone’s Dominic DeAngelo ahead of MLW’s Saturday Night SuperFight in Chicago. Garrini will be tagging up with fellow MLW newcomer Douglas James as they face Ikuro Kwan and Simon Gotch of CONTRA Unit and The Spirit Squad.

“The Canton Crippler” is a purple belt in Brazilian Jiu-Jitsu and was ranked in the top ten of the martial art. He brought that skill to the MLW ring earlier this year as he squared off against Ariel Dominguez in his debut for the company and definitely has his sights set on all types of competition in Major League Wrestling.

In the first part of our conversation, Garrini talks about how unique of a moment it is for him to be on the Superfight card after only being four years in the business.

“Yeah, it’s kind of surreal, you know. Beginning of the year, wasn’t really sure if a contract would be out for me this year, just thought maybe it would be one of those things that I’d have to keep plugging along. I’m still relatively young in the pro wrestling game. I’ll hit four years this coming March so it’s kind of, to get the chance to wrestle on a live PPV within those four years it’s kind of a surreal experience and to get to go in there and go and wrestle guys like the Spirit Squad and Simon [Gotch].”

Garrini is also no stranger to the Windy City Chicago as he squared off against another familiar face in MLW.

An important part of Brazilian Jiu-Jitsu is keeping your emotions in check, but that’s a completely different story when it comes to professional wrestling.

Luckily, he had some of the best help going today in showcasing that side of him.

“It was a big transition and honestly, my trainers Johnny Gargano and Candice LeRae were realistically the biggest factors helping with that. I honestly I think when you look at selling, Johnny Gargano is probably one of the best in the world when it comes to emoting on his face, showing that pain, showing agony, showing defeat, but yet, then showing the need to go to that victory as well.”

Garrini said there were plenty of influences both in and outside of the ring when it came to how he handles himself once he steps under the lights.

“There’s the wrestling based ones and then there’s some outside based ones. So realistically, when it comes to the wrestling world, like Johnny and Candice are definitely up there and then I when I was real young in the pro wrestling game, up here in Cleveland AIW, I got a chance to really bond with “Hot Sauce” Tracy Williams a lot. He’s actually my first singles match for AIW and he took me under his wing…”

Garrini mentions how Tracy learned a lot from Drew Gulak and both guys took to Garrini due to his unique style and were very much working on the catch-point movement around that time. They taught him a lot of using his facials and emotions. From outside of wrestling, Garrini credits MMA guys like the Diaz brothers and Robbie Lawlor, particularly that “smiling killer” look. “The Bone Collector” is all about having that sense of realism when he steps foot into the ring.

You can listen to our entire 30-minute conversation below and be sure to tune in to the pre-fight to MLW Saturday Night Super-Fight this Saturday by going HERE: