HomeNewsMLW Making Its Return To Philadelphia In February For Fightland

MLW Making Its Return To Philadelphia In February For Fightland

MLW Making Its Return To Philadelphia In February For Fightland 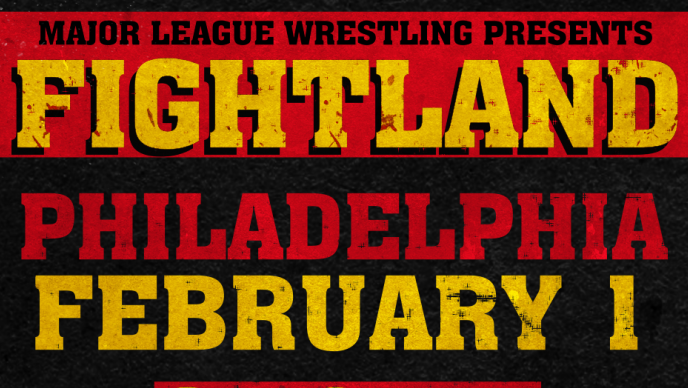 MLW will be returning to the “land of the extreme” at the 2300 Arena coming up here on February 1 for their big Fightland event coming up. Tickets are set to go on sale on September 30. Full details are below including a list of talent scheduled to appear for meet and greets as well as a VIP experience:

Major League Wrestling (“MLW”) today announced that tickets for the 2020 MLW FIGHTLAND card will be available this Monday, September 30 at 10 AM ET.

FIGHTLAND takes place on Saturday, February 1, 2020 from the 2300 Arena in Philadelphia, Pennsylvania and will be a FUSION TV taping.

Tickets for FIGHTLAND will be available online at MLW2300.com and at the 2300 Arena box office .

The event will mark MLW’s return to the 2300 Arena for the first time since selling out the historic arena earlier this year.

The event will feature championship matches and the top ranked wrestlers of Major League Wrestling.

EVENT FAQ
Major League Wrestling shows are interactive. Fans get to not only experience major league action in the ring but have the opportunity to meet some of their favorites before bell time.

MEET AND GREETS
There will be several meet and greet opportunities featuring Major League Wrestling wrestlers and personalities.

Additionally, there is a private VIP Meet and Greet for ringside ticket holders which includes early entry (5:30 p.m.). This meet and greet has extended meet and greet privileges.

DAY OF EVENT INFO
The schedule for the event is as follows:

The world of MLW never stops. See you at the historic 2300 Arena for FIGHTLAND!

More matches and wrestlers will be announced at MLW.com.

Tickets start at $15 at MLW2300.com. Tickets will also be available day of show at the box office unless the event sales out in advance.