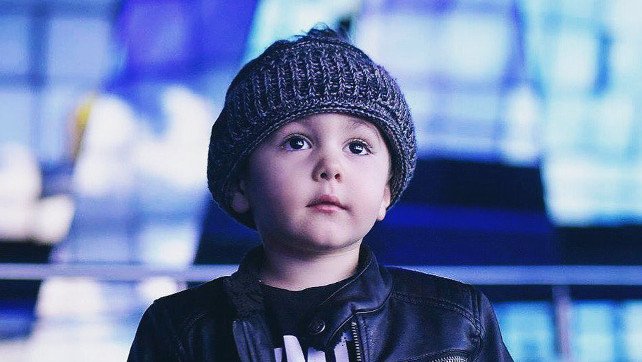 Maxel Hardy is officially a snitch.

His mother revealed that young Maxel tried telling on his brother earlier today, and then gave him quite the makeover. Now he looks like rapper Tekashi 6ix9ine, who is currently complying with police to get a shorter stint in prison on gang-related charges.

He tried tellin on his brother today, so I said if you’re gonna act like a snitch… 🤷🏽‍♀️😆
#Halloween #tekashi69 #tekashi6ix9ine #tekashi pic.twitter.com/s4K06033K7

XCW announced that Ember Moon is now their new head coach at their dojo.

Here’s what they had to say on their official site:

Athena, aka Ember Moon, will take on the role of Head Trainer along with Matt Palmer. These two individuals have seen great success in wrestling. Athena, a former DFW native wrestler, worked her way up from wrestling school, indy shows, to WWE pay-per-views. She brings the experience of that journey and the knowledge of what today’s scouts are looking for in hiring talent. Matt has seen his success through his touring of country and overseas. Both of these coaches know the struggle and how to arm you with the tools needed to conquer.

We will offer clinics, extra classes, and more not offered at other schools. Picking the right school is a huge and important decision for someone wanting to break into the wrestling business. That’s why we are taking steps to provide our students with the best chance to start that career running.