HomeNewsMatt Jackson On Running AEW: “I Never Even Wanted To Tell People I Was An EVP”

Matt Jackson On Running AEW: “I Never Even Wanted To Tell People I Was An EVP”

Matt Jackson On Running AEW: “I Never Even Wanted To Tell People I Was An EVP” 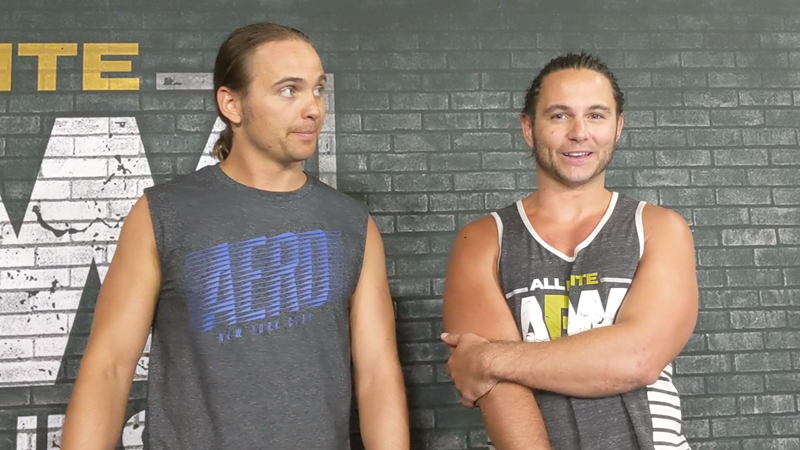 Speaking with Bleacher Report, Young Bucks Matt and Nick Jackson shared how they felt going into AEW’s TV debut, both as EVPs of the company and as performers. Matt stated that he “never even wanted to tell people” of his position of power, but it got out. “There are other EVPs who love that. They want to talk about it. That’s fine, but Nick and I have always been the type of people who say, ‘No, I’m always a wrestler first and I want people to think of me as a wrestler.”

Even though they have power alongside fellow wrestlers Cody Rhodes and Kenny Omega, it’s Tony Khan who has the last word. Nick shared that they’ve already got into creative disagreements with the man. “He has final say on everything. There have been two times now where Matt and I have actually said ‘OK, we want to lose tonight’ and it gets to Tony and he goes, ‘Nope, you guys are winning.’ We tried to dispute and we’ve failed both times.”

Both brothers were quick to say that they wouldn’t be bringing over the vives from popular YouTube show Being The Elite to AEW television. Matt clarified: “I think BTE should live on YouTube. It can be the TV-MA version of our show. You can watch SCU do a PG-13 rant on the Turner program, and you can watch Frankie (Kazarian) drop 12 f-bombs on Being The Elite.”