HomeNewsMarty ‘The Moth’ Martinez: ‘My Goal Is To Do Whatever It Takes To Get To AEW’

Marty ‘The Moth’ Martinez: ‘My Goal Is To Do Whatever It Takes To Get To AEW’

Marty ‘The Moth’ Martinez: ‘My Goal Is To Do Whatever It Takes To Get To AEW’ 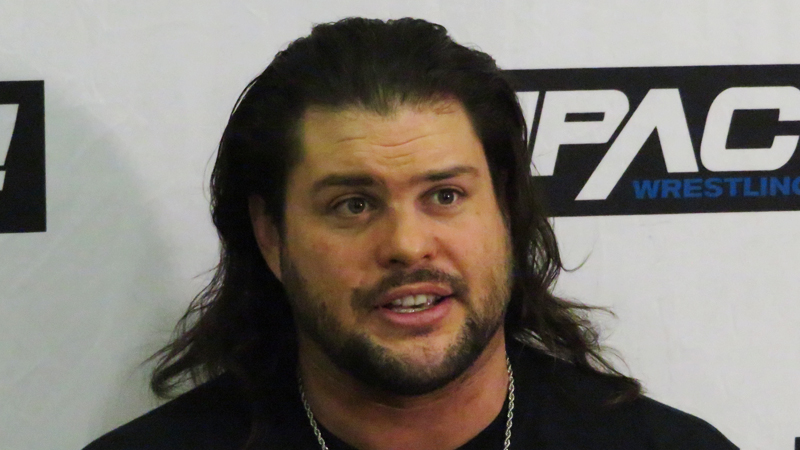 Former Lucha Underground Champion Marty ‘The Moth’ Martinez is ready to make a name for himself once again. After sitting on the sidelines for the last four months due to two herniated discs in his spine, The Moth is returning to the ring sooner than expected. Talking to Sports Illustrated, he says that it’s something he might not be ready for. “The match is a little earlier than I want, but it’s going to be a good test to see where I’m at. I didn’t want to have fusion surgery on my back because I have plenty of years left of wrestling, so I got stem cells shot directly into my spine last week.”

This Sunday I make my Washington return with supportallprowrestling vs @JDMason72395460 !!! Spokane, I'm gonna be all up in you this weekend and the match will be streamed live on twitch sunday night!… https://t.co/YJXVBAizSc

Marty will be wrestling on Downtown Destruction, an indie card broadcasting on Twitch. Once he’s fully recovered, The Moth has a much bigger spotlight on his radar. “My intention is to get as healthy as I can so I can say what’s up to AEW. It’s going to be a crazy war against WWE. I have friends on both sides, but black and gold are more of my colors. And I’d love to get in the ring with Jon Moxley.”

After rehabbing hard, Marty thinks he’s ready for the big time. “My goal is to do whatever it takes to get to the black and gold of AEW. I’ll have to do some slight changes to my character, and I’m going to bring some pieces of my Twitch channel into wrestling, too. There will be a little bit different branding, but trust me when I say you’ll still see that same type of crazy.”

RELATED: Marty ‘The Moth’ Martinez On His Focus, Winning The Lucha Underground Championship & Being A Heel