HomeNewsMarty Scurll On Possible Future Outside ROH: ‘I Aim To Make Waves In The Wrestling World’

Marty Scurll On Possible Future Outside ROH: ‘I Aim To Make Waves In The Wrestling World’

Marty Scurll On Possible Future Outside ROH: ‘I Aim To Make Waves In The Wrestling World’ 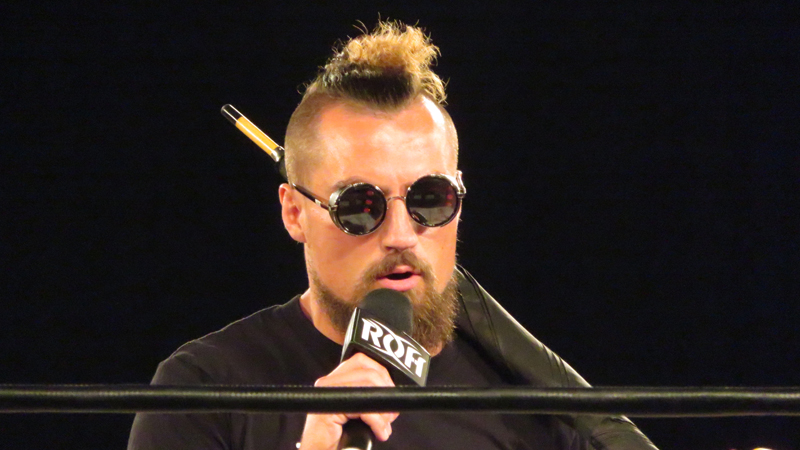 Talking in an exclusive interview with Daily Mirror, Marty Scurll commented on rumors that his run with ROH may be coming to a close. While he wouldn’t confirm anything specific, the villain promised that he would remain a major player in the industry.

As a business man running a huge enterprise, it wouldn’t be smart for me to discuss my potential business decisions with a journalistic tabloid. That being said, I certainly aim to make waves in the wrestling world, and continue to raise Villain Enterprises stock through the roof.

When asked specifically about his former cohorts starting AEW, Marty said that all his friends “were dead” and asked profanely what AEW even was.

Other topics of conversation including his placement in the #1 Contenders tournament at the upcoming Death Before Dishonor show. Marty claimed that “everyone agrees I should have won the Ring of Honor world title,” and that he’d make a much better opponent for RUSH in the PPV’s main event. Still, he hopes for success against Colt Cabana. “ROH has been a great home for me. I’ve had some of my greatest wrestling experiences here. To me it has potential to be everything wrestling should be. I’ve been the biggest star here for a long time. But there’s still a lot I need to achieve.”

RELATED: Update On Where Matt Taven & Marty Scurll Will Sign After ROH Deals Are Up