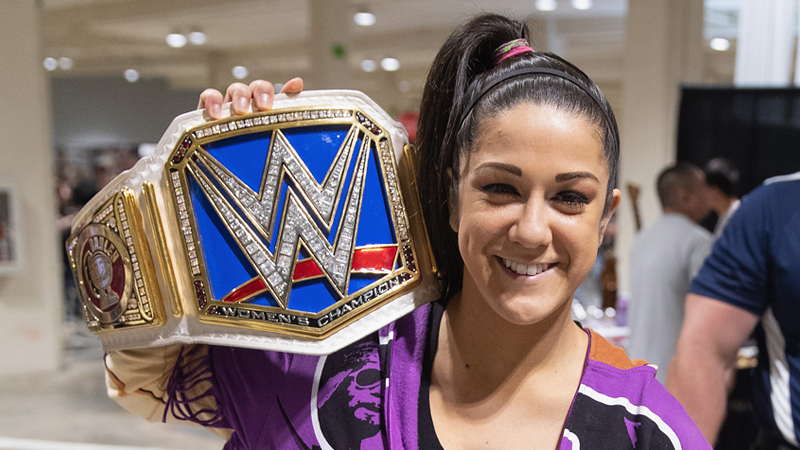 After Bayley debuted her surprising new appearance at WWE Friday Night SmackDown, she also came away with a big win, taking back the WWE SmackDown Women’s Championship against Charlotte Flair. Speaking on SiriusXM’s Busted Open radio, Mark Henry discussed Bayley’s latest transformation, and what he hopes to see from her going forward.

“If you’re going to be a heel, embody it, embrace it, don’t tread the line. If you’re walking the line, people will be confused,” he said. “She has always been, in my opinion, the best wrestler of all the women, and Charlotte has shown that she deserves to be in that conversation, but Charlotte I think benefits from being a better athlete. So her being a great wrestlers is, you know, based on her athletic ability. Bayley is limited in that athletic ability portion, but her knowledge of the game, her knowledge of the force, if you will, is stronger than any Jedi. And I would love to see that portrayed”

Henry went on to say that he would like to see Bayley embrace the new heel role, and no longer apologize or dress up as if she wanted people to like her. “Now we know who she is. She’s coming to the ring to destroy these girls.” he said. Henry closed out his topic by saying that Bayley needs to be able to stand in front of everyone and let the world know that she’s smarter and better than everyone.

🔊🔊🔊"Now we know who she is, she's coming to destroy these girls" @TheMarkHenry tells @RyanMcKinnell how he feels about Bayley's metamorphosis last night on Smackdown👠👠 pic.twitter.com/BQxpQQyFpT