HomeNewsMandy Rose On Her Bond With Sonya Deville, Being Nicknamed ‘Hamburgers’ & Life After Wrestling

Mandy Rose On Her Bond With Sonya Deville, Being Nicknamed ‘Hamburgers’ & Life After Wrestling

Mandy Rose On Her Bond With Sonya Deville, Being Nicknamed ‘Hamburgers’ & Life After Wrestling 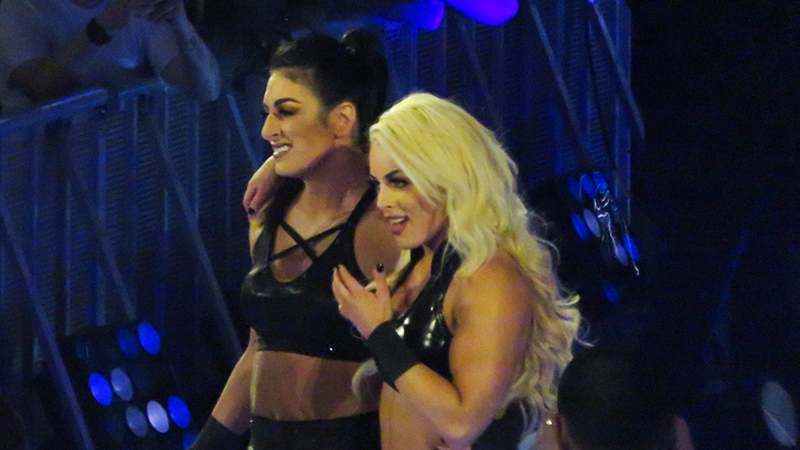 Sports Illustrated has a feature piece on Mandy Rose and one half of Fire & Desire talks about how she worked her way up to WWE, recounting her stint on Tough Enough as well as being so focused on having a balanced life. Rose also shares details about her strong friendship with Sonya Deville, talks her future goals in WWE and her gameplan once wrestling comes to an end. Quotes from the piece are below:

Mandy Rose on being called “Hamburgers” by her brothers:

“My brothers nicknamed me ‘Hamburgers,’” said. “I grew up with three older, protective Italian brothers. They teased me a lot, but they helped mold me into the tough person I am today.”

“I said I could eat 100 hamburgers,” said Saccomanno. “They thought that was the funniest thing. From then on, I was ‘Hamburgers.’ We still laugh about it now.”

On her new fitness app and post-WWE:

“I want to make sure I have plans for post-WWE, which is a long time from now but it’s still good to be prepared,” said Saccomanno. “Fitness is my first love. I’ve been developing this over the past year, and it’s a bunch of my favorite workout exercises. The design is set up for all different skill levels for all different ages. It’s an at-home program. I’m always on the road traveling, so it’s designed for people who can’t get to the gym but still want to work out.

“And the skin care line, Amarose, is launching soon. There will be four different products—a lifting eye gel, lifting serum, a beauty boost cleanser and a boosting moisturizer. I’ve always wanted to get involved in beauty and skincare, and I’m so grateful that I’m able to because of hard work and determination.”

Her bond with Sonya Deville:

“Our bond was created the day we met on Tough Enough, and it’s even stronger now,” said Saccomanno, who received some quality television time alongside Deville on this week’s SmackDown in a tag loss to the Kabuki Warriors. “We’re best friends, we’re inseparable. We lived together when we were in NXT, and then we were called up together. It’s been an amazing journey, and it’s been so nice that we’ve been able to do it together. It’s a true friendship.”

RELATED: Mandy Rose Has A Birthday Donut For Sonya Deville