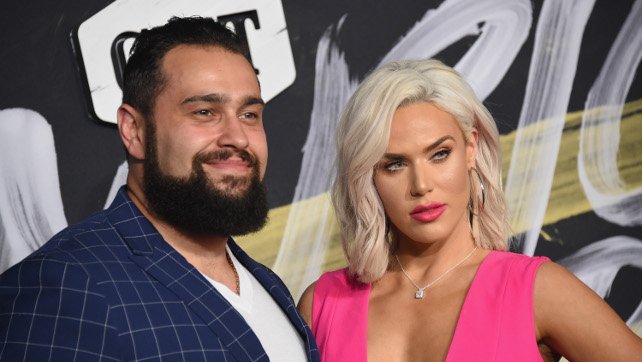 This would apparently bring out the Bulgarian Brute who would admit that he is a sex addict, something that Lana accused him of a couple of weeks ago during Divorce Court. No matter the situation, the segment still ends with Bobby Lashley attacking Rusev and running off with the now-pregnant Lana.

Lana is talking about having sex with Bobby Lashley – loud boring chants and boos.

She then says she is pregnant with Rusev’s baby. Rusev Day chants ensue 😂 #WWEManchester pic.twitter.com/Cz58ezXyHD

Lashley ended up coming out and beating Rusev down.

We then got Erick Rowan against a jobber, who he defeated, and he was carrying something underneath a towel that he never revealed.