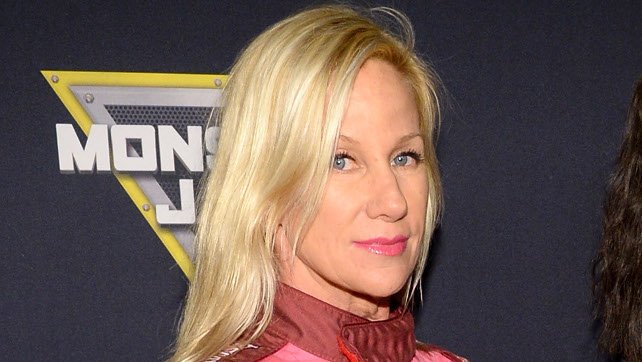 Madusa/Alundra Blayze was on Ring the Belle to run down the fan-voted top five memorable moments in her career. She discussed her first conversation with Vince McMahon since the WCW trash can incident, the gender wage gap in pro wrestling, intergender wrestling, and an untold story behind her return match at WWE Evolution.

Conversation with Vince McMahon at Hall of Fame 2015:

When I was being inducted into the Hall of Fame in 2015, I haven’t seen Vince since “that” time. I’m standing at the podium with my hair in rollers, no makeup, haven’t seen Vince. And I’m practicing what I’m gonna say, All of a sudden I hear, “Alundra!”! I turn around and he’s smiling. I walked up to him I hugged him and the first words are like “I’m so sorry.” He said, “you are the woman that we want to bring back to kickstart the women’s division again and you’re the style, you’re the type, you’re the kind. You’re than what we want. So I knew everything was okay because, look at what happened with the women’s division.

When I was coming over and [WWF cut the women’s division], I was ready to kill it. I was serious. If they’re not gonna do anything with me, I need to say [WCW] is where the big girls play. So that was the idea. They were gonna want to bring women’s wrestling and get the whole thing going, and again, it laid flat because we had a bunch of men in the damn back in their circle-jerking office booking the thing. And it just didn’t happen. There were no women in that booking. I wanted to absolutely make a statement with women’s wrestling there because it was well-deserved. I wanted to help pave the way.

Don’t even get me started when it comes to money in my industry and the women. That situation needs to come up more. I understand it still is and always has been a male’s business. But women have done WrestleMania Top Billing, pay-per-views, ladder matches. We got all that out there. Put it in my paycheck! There’s always room for a change, there’s always room for being better and getting better. I just would like women to, not only get paid better, but there’s still a fight, absolutely.

Returning to the Ring at WWE Evolution Shortly After Surgeries:

You know why I went out like that? I just want to tell everybody that there’s a lot of things that people don’t know. In that match, I was only seven months post-surgery at a double knee replacement. Nobody knew that. It’s called sucking it up b******.

Check out the entire video below. Transcription credit to Ring The Belle.