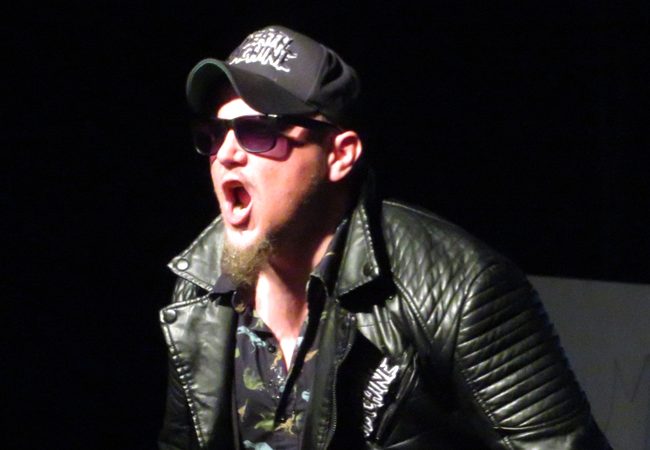 The fight quickly spilled outside the ring, where Callihan hit Rhino with a chair. Rhino returned the favor. Rhino choked Callihan with a fan’s cane. Callihan hit Rhino with a shopping bag. The champion hit Rhino with a plastic chicken. Rhino used a staplegun on Callihan’s chest, his behind and below the belt. Callihan used the chair to brutalize Rhino’s hand and his ankle. Crist came to the ring but Rhino took him out. Fulton distracted Rhino, which allowed Callihan to drill him with the championship belt and pin him to win the match. Crist and Fulton attacked Rhino after the match. Tessa Blanchard, Brian Cage and Rich Swann ran to the ring to rescue Rhino. Blanchard hit Callihan with a cutter and Rhino dropped him with a Gore.

Is this a glimpse into the future? #OverDrive @Tess_Blanchard pic.twitter.com/jP67rOkhOG

Blanchard, Swann and Cage all hit Callihan with Stunners and Rhino sent him packing with another Gore.