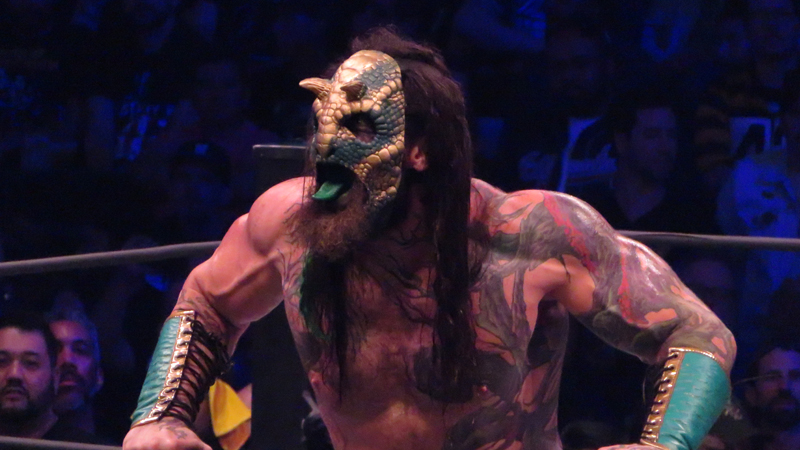 Luchasaurus made a surprise return from injury during AEW Dynamite. After his Jurassic Express partners were beaten by The Dark Order and brutalized after the match, Luchasaurus made the save. He took out all of the heel’s cronies and then laid out Stu Grayson and Evil Uno.

Jon Moxley has a new challenger. After picking up a win in a triple threat against Shawn Spears and Peter Avalon, Allin called out “Mox.”

Check out the video below: