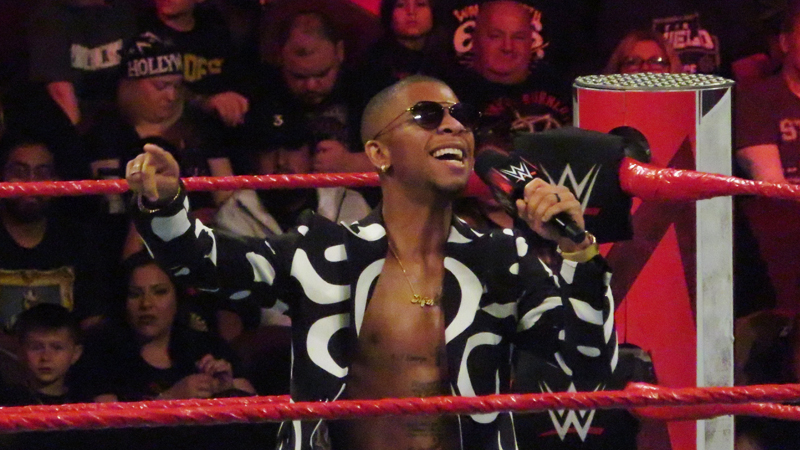 Lio Rush and Drew Gulak opened Wednesday’s episode of NXT with a bang, as the two dueled it out for the NXT Cruiserweight Championship. In what turned out to be an incredible match, it was Rush who came away with the win, defeating Gulak to become the newest champion as the crowd cheered him on.

Rush and Gulak put on an incredibly back and forth match, with both superstars giving it their all to come away as the winner. As the crowd chanted on in support of Rush, he was able to steal the momentum away from Gulak thanks to some high flying moves. Towards the end of the match, Rush and Gulak found themselves tangled up by the top rope, and after Rush shoved Gulak down onto the mat, he landed a series of frog splashes onto him for the victory.

After the match, Gulak stripped the belt off of Rush, before handing it to the new champion himself. The two shook hands and Gulak exited, allowing Rush to celebrate in the ring as new champion.