HomeNewsLana Gets In Bed With Bobby Lashley, Rusev Snaps And Attacks Randy Orton And Baron Corbin

Lana Gets In Bed With Bobby Lashley, Rusev Snaps And Attacks Randy Orton And Baron Corbin

Lana Gets In Bed With Bobby Lashley, Rusev Snaps And Attacks Randy Orton And Baron Corbin 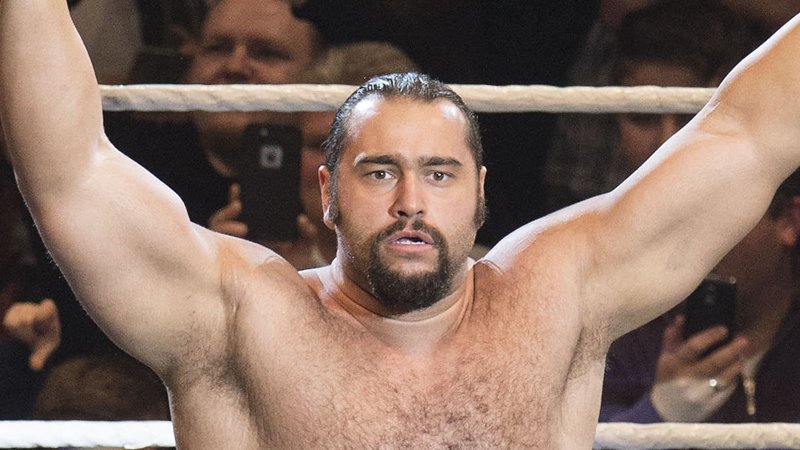 Last week on WWE RAW, Rusev and Randy Orton were revealed as members of the upcoming Team Flair vs. Team Hogan match. (Orton is the captain of Team Flair and Rusev is on Hogan’s team.) When Rusev faced WWE Universal Champion Seth Rollins in the main event, Bobby Lashley returned and passionately kissed Rusev’s wife Lana at the top of the stage. This week, Rusev was scheduled to face Orton in a singles match to open the show.

After the opening credits, King Corbin and Orton were attacking Rusev, who fought them off. Lashley appeared on the screen in Rusev’s bathrobe. Lashley said he’s at Rusev’s house and got his bed. Lana arrived and got into bed with Lashley. Lana said everything she owned with Rusev is all hers. Lana undid her bra straps and snuggled up to Lashley before he turned the light out.

Corbin and Lashley laughed at Rusev and he attacked them. Rusev slammed Orton into the barricade. He also hit both men with the steel steps. Rusev roared with anger and floored Corbin and Orton with kicks.