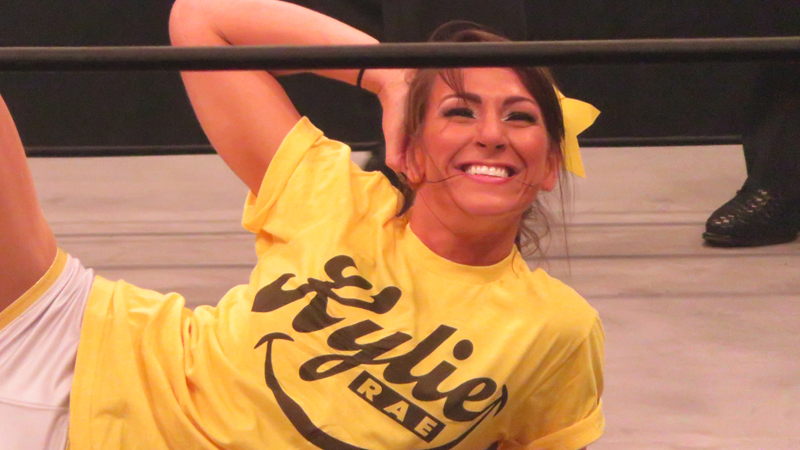 One of the more interesting stories surrounding AEW in the first year of its existence is the career of Kylie Rae. The women’s wrestler had a big role in the early promotion of her division, and even had a breakout performance at their first PPV, Double or Nothing. After that, she disappeared from the company under unconfirmed circumstances. AEW President Tony Khan confirmed a month ago that she left the company due to an undisclosed medical issue, and that the split was amicable. Still, many fans were worried, especially as the wrestler removed herself from social media.

Today, Chicago-based independent promotion Freelance Underground has announced that Kylie Rae will wrestle in Frankfort at their Game of the Genders event against Isaias Velazquez. This booking will hopefully ease the minds of fans who assumed the worst for Kylie Rae. While it’s doubtful we’ll get answers in the immediate future about her dealings with AEW, it will just be good to see her back in the ring.

Tix at the doors & CASH ONLY! pic.twitter.com/AcurrULE22

RELATED: Tony Khan Confirms Kylie Rae Is No Longer Part Of The All Elite Wrestling Roster