HomeNewsKurt Angle On The One WWE Angle He Regrets, Action Figures, And The Friendliest Wrestlers

Kurt Angle On The One WWE Angle He Regrets, Action Figures, And The Friendliest Wrestlers

Kurt Angle On The One WWE Angle He Regrets, Action Figures, And The Friendliest Wrestlers 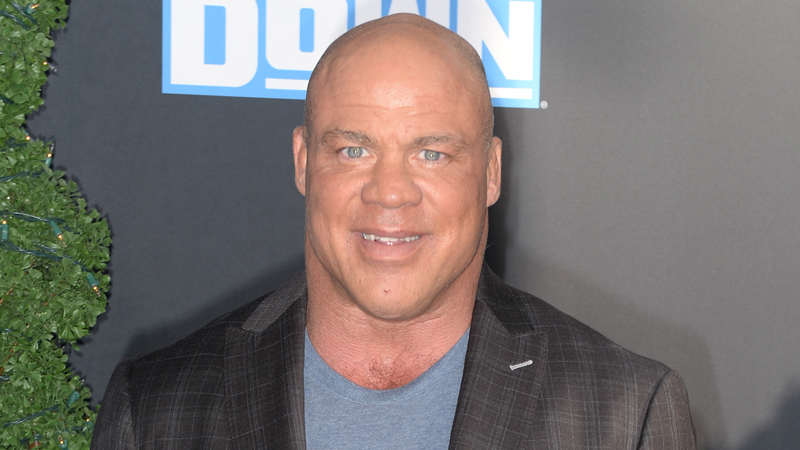 Kurt Angle recently did a Q&A on Facebook, where he took questions directly from fans. This time around, the WWE Hall of Famer answered questions about wrestling action figures, the one WWE angle he regrets doing, and the friendliest wrestlers.

On his first action figure:

It was pretty cool. My wife is kind of pissed at me because I never collected any of my action figures. I’m not much of a collector. She’s trying to do it now and it’s costing us lots of money. It’s hard to find the old figures, but my wife has been buying them online. Rumors are I have over 150 different figures. We will see.

If he’s ever turned down a storyline:

I never turned down a storyline. The one that I didn’t really like was with Booker T and Sharmell, when I was stalking Sharmell. A bit weird for me. Have tons of respect for Book and Sharmell. It was tough to do.

Seth Rollins or Finn Balor. They both are very respectful and extremely approachable. I’m sure most fans would agree.

The band with the most impact in my life was KISS. KISS Alive 1 was my fave album. I’ve been listening to them for over 40 years!

RELATED: Kurt Angle On New Role As A Producer: ‘It’s A Little Hard To Watch’