HomeNewsKurt Angle On New Role As A Producer: ‘It’s A Little Hard To Watch’

Kurt Angle On New Role As A Producer: ‘It’s A Little Hard To Watch’

Kurt Angle On New Role As A Producer: ‘It’s A Little Hard To Watch’ 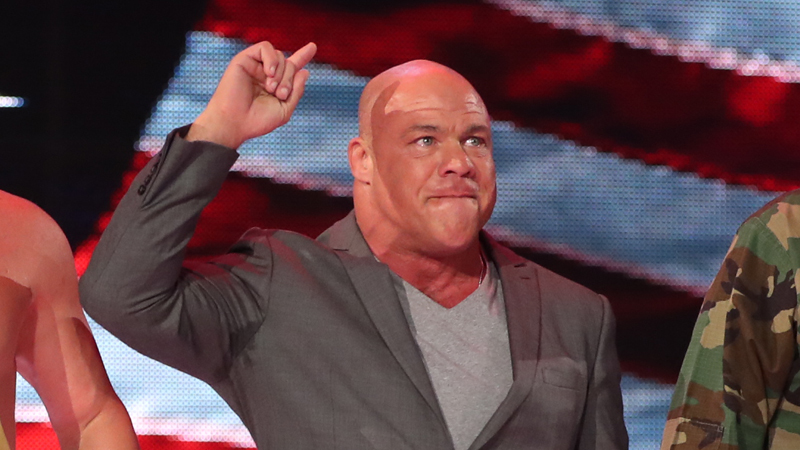 Kurt Angle was recently interviewed by The Pop Break. The WWE Hall of Famer discussed his new role backstage in WWE, working with Baron Corbin, and the advice he has for young wrestlers trying to make it in the business.

How he’s adjusting to his new role as a producer:

Right now it’s a little hard to watch. I mean when you make the transition from wrestling to retirement, you still want to be out there. So it’s a little difficult, but I’ve been handling it pretty well. It keeps me busy.

What he sees in Baron Corbin’s future:

Baron’s a good kid. I think he’s gonna have a great future. He’s obviously King of the Ring now. I always knew he was would be really good, and I know Vince McMahon really likes him a lot. And I’m happy to see him having the success that he’s been having.

His advice to young wrestlers:

Learn how to bump properly and learn how to sell. Those two things will give you a lot of success and they will help you make money, and help make the business money. If you sell really well, you’re going to be a great wrestler.

Check out the full interview for even more.

RELATED: Kurt Angle Talks Roman Reigns’ Leadership, Who He Would Have Drafted First