HomeNewsKiller Kross Offers His Thoughts On AEW, His Approach To Pro Wrestling

Killer Kross Offers His Thoughts On AEW, His Approach To Pro Wrestling

Killer Kross Offers His Thoughts On AEW, His Approach To Pro Wrestling 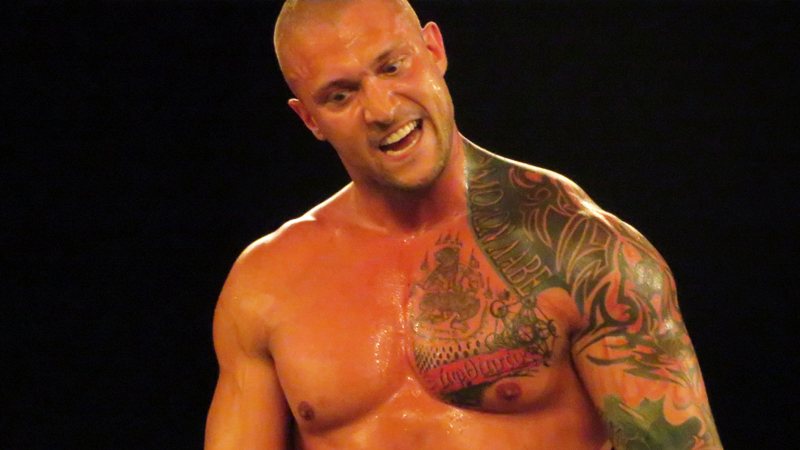 His Thoughts On AEW:

I watched the AEW show live in Vegas and I’m not saying this because I think I’m supposed to say it, in all sincerity, I was really blown away by it because there was just a different energy to the show, in a good way. I’ve said this before but I just think it needs to be said, with all the different tools we use to illicit and engage an emotional response from an audience when we go out there, from putting our bodies on the line to the execution of the story, sincerity, energy, listening to the fans during the match, timing, everything.

There was like people literally weeping in the audience; Cody vs Dustin. You can’t like orchestrate that, that’s not something you can pre-plan. Putting things together you can’t be like ‘And at this point the audience is going to cry.’ That was amazing to actually be around, I don’t think I’ve been at a wrestling event in the audience where that’s happened. It was just awesome.

I think with the direction that they’re going in with TNT and I think that with the flexibility that I’ve heard they are offering creatively, I definitely think there are somethings that I could do there and creatively get out that it just might not fly elsewhere. But ultimately I’m not married to go in any specific direction for any company right now, it’s even difficult to think about, it’s stressful to think about just because of the other things that are associated with it.

Would going to NXT or WWE change how his character is portrayed?

I’m in a place right now where I feel like it won’t really matter where I go, I’m going to be able to do what I’m doing in any way shape or form. I’ve hit a really cool peak creatively with things, I know how to lay things out differently so it will work on any platform. People haven’t seen me do that yet and there’s a reason why, because I’m saving it for perhaps a direction that I finally go in.

On His Approach To Pro Wrestling:

One thing that I really have always tried to do is create an emotional engagement and a response, to understand the purpose of what we are really doing out there and for me it’s always been to illicit emotion and engage people with the art of storytelling, the oldest stories in the world, light vs dark, good vs evil and so forth. I grew up in that time when 80s horror films, and early 90s horror films, they didn’t make sense and that was unsettling.

Remember how things used to be? I think that that really scared people because in life, the things that really bother us are the things that create uncertainty. It’s like you’ve been walking down this street your entire life, you know exactly where everything is, and then one day you walk down and everything is different. It’s just something as simple as that, it freaks people out, they feel displaced. So, I’ve always tried to create that kind of atmosphere in what I’ve been doing.

On What Wrestlers Inspired Him Growing Up:

A lot of people will always throw out one name for a political reason. Like, a lot of the guys in the business will say that their favorite wrestler was a specific person because they are afraid they are going to get heat from someone who is above them being like ‘Why would you mention that guys name? He never drew any money’ you know? I really had a tonne of favorites but not to be redundant, I mentioned Warrior. As a child, I had a manic amount of energy. More so as a child, I could scale this wall. I just identified with high energy characters and back then, 80s and 90s, there was a lot of high energy stuff.

On Separating Himself From Killer Kross:

I’m not Killer Kross but Killer Kross is definitely a real thing and I think people would agree that when they go to the shows they are getting something very visceral, very carnal, and very real, in the way that we can use that word for this, out of him. So, we put him away until the music and the lights start.