HomeNewsKevin Fertig On Mordecai’s Origins, Early Plans For WWE Feud With The Undertaker

Kevin Fertig On Mordecai’s Origins, Early Plans For WWE Feud With The Undertaker

Kevin Fertig On Mordecai’s Origins, Early Plans For WWE Feud With The Undertaker 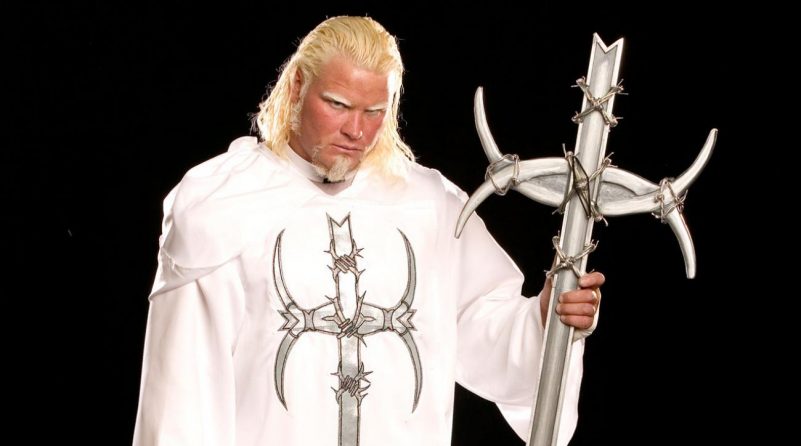 Kevin Fertig, best known to wrestling fans as Mordecai and Kevin Thorn, recently spoke with Wrestlezone’s Bill Pritchard about his history in the wrestling business as well as his success in the real estate world.

Fertig spoke about the origins of the gimmick, starting out with a ‘seven deadly sins’ character in Nashville, Tennessee after a meeting with Jim Cornette and some of the OVW roster. Fertig explained how Cornette pitched the idea to him, as a religious fanatic that he thought the final version of WWE’s Mordecai should have been.

“Jim Cornette decides ‘hey, I’ve got this idea, I’d really like it if you could be Seven, and I think it’d be really cool.’ Kind of a semi-psycho stalker, a religious zealot. Seven and the seven deadly sins were really Mordecai before Mordecai happened. It’s kind of how Mordecai should have been. It was kind of a religious zealot.” Fertig explained. “My dad was deacon of the church, taught Sunday school, all that stuff. A lot of my upbringing was Catholic. To me, the fire and brimstone message is a cool way to go after people. You’re trying to cast the sins of the world off of people by you yourself being a sinner.”

Fertig’s ‘Seven’ became Mordecai after joining the WWE fold because of a writer’s decision, but the character ended up being short-lived on WWE TV. Fertig cited a 2004 bar fight as one of the reasons he was pulled from television but says there were plenty of plans for the character, including an interesting vignette idea that ultimately got shut down by the archdiocese of a church.

“We were scheduled to do the Mordecai vignettes in a church. I was going to be punching through the confessional and ripping somebody through. At the last second, the archdiocese changed and basically said no, we’re changing our minds and we’re not going to let you do that,” Fertig said, “and that’s how we ended up back in the studio. It was ‘coulda / woulda / shoulda.’ Everything happens for a reason, and for some reason, I just wasn’t meant to be Mordecai. I think it could have happened, it would have been awesome, but it didn’t completely pan out.”

One topic that comes up frequently when referring to Fertig’s run as Mordecai was the reported feud with The Undertaker that would have seen the two clash at WrestleMania 21. Fertig confirmed there were “100 percent” plans for the two to feud, and referred to a promo session that got some positive feedback early in his run as the religious zealot character. He said it got the immediate approval of Vince McMahon, and said a production meeting the next day curried him even more favor, including from the Undertaker himself. “I was in catering and the production meeting was right next door. Vince and everyone was coming out. Taker came out with Vince and he looked across at me and you could tell that I’d done well, we’ll just put it that way. He just gave me that nod,” Fertig said, “and it was definitely geared for that, probably going to go for a while.”

While the Mordecai gimmick didn’t last long on WWE TV, the character has become more infamous and favorable in memory in recent years. When asked if he gets a more positive reception from fans these days, Fertig said he does and was the subject of a recent WWE “Where Are They Now?” segment. Looking back, Fertig says he might not have been ready for that run, referring to himself as “a young punk coming from OVW”, but says the character had a ton of potential under the right circumstances.

“I think if I had been seasoned a bit more, I wouldn’t have been an idiot, the sky would have been the limit. If Mordecai would have happened after Kevin Thorn, this conversation would be different.” Fertig said. “I wouldn’t be in real estate, I’d be main eventing WrestleMania. It’d be an entirely different story now.”