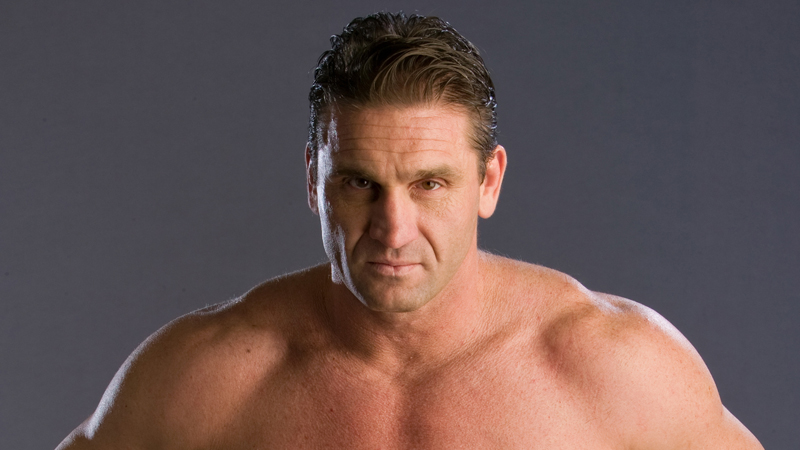 Ken Shamrock recently spoke with Wrestlezone’s Kevin Kellam ahead of his Valor Bare Knuckle boxing promotion’s debut event this week. Shamrock talked about the challenge of bare-knuckle compared to UFC and MMA, noting that the fighting has evolved, but bare-knuckle fighting is “not about the power, it’s about the accuracy of striking.” He says that Valor is going to change the way people really look at training and fighting, and says they’re in this for the long haul.

“We’re already negotiating for a couple more shows. Trying to do one more this year. Listen, we really want to be able to put on a professional organization with professional fighters, and second to none. That’s our goal, is to be able to open it up, we’re not looking past,” Shamrock said, “this first one here is the one we got to get done, and we want to make sure it’s at a high level. But we’re also looking into the future and there’s a lot of things we want to do.

If we had it our way, we would want to do a tournament for every weight class to be able to crown a champion, because then we’ll know we’re getting the best of the best. Guys that love to fight, guys that are not going to back down, guys who are able to go through some adversity and still step out and win fights. That’s what we’re looking for. They’re just going to step up and go. They’re not going to complain about a sprain,” Shamrock said, “or maybe a bruise here or there, they’re going to step up and fight. this is what we want our first champions to be like. We want guys who are going to carry our belts – whether it’s the middleweight whether it’s the lightweight, they’re going to go through the tournaments and be able to wear our belt.”

Related: Ken Shamrock On The Rock’s Integral Role In His Career, Why He Can’t Ever Say He’s Done Fighting

Shamrock also spoke about how fighting has grown to include a number of contenders at any time due to how skilled fighters are. He says the road might be different and some might not make it, but there are a lot of world champion fighters coming up in the ranks. Shamrock added the larger fighter pool is good because it opens up doors for fighters to Valor, and said they’re also using this platform to run fights that the fans have been asking for.

“The reason why we’re doing bare-knuckle in Valor is because I’ve always remembered what the fans wanted. I’ve always remembered that chant, ‘Stand them up, stand them up.’ And then, of course, we brought all these other things in, we tried to make them forget about the stand-up. And I love where it’s at, I’m a grappler so I understand it. But I still remember what the fans wanted. And so, now we’re gonna give it to them. We’re gonna give it to them in a very professional way, we’re going to stand them up.”

Valor Bare Knuckle debuts on Saturday, September 21 at the 4 Bears Casino in New Town, North Dakota. The one night, 4 man tournament will be available for purchase on pay-per-view and streaming outlets, including FITE, DirecTV and Dish Network.