HomeNewsKen Shamrock On Getting Challenged (And ‘Flipped’) By Joey Ryan, Motivation For His Return To Pro Wrestling 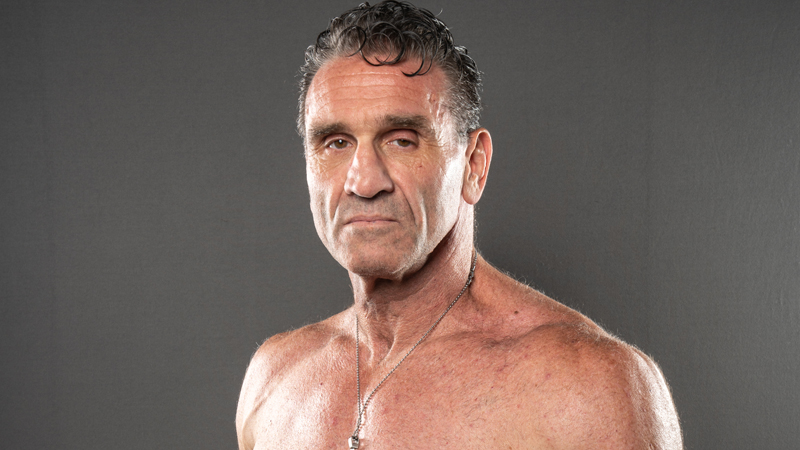 Ken Shamrock recently spoke with Wrestlezone’s Bill Pritchard ahead of this week’s IMPACT Wrestling TV tapings in New York City. Shamrock, a former NWA Heavyweight Champion under the TNA banner, made his return to the company earlier this summer and competed in a match against Joey Ryan on last night’s episode of IMPACT.

Shamrock talked about taking Ryan’s trademark ‘dick flip’ during the match and what went into the match, joking that he washed his arm “about 100 times” when asked about taking such a devastating move from the King Of Dong Style. Shamrock said the whole match was exciting, and he wasn’t sure about doing it at first, but ran things by his family and then realized what a good opportunity it was for him.

“Just to be able to do something that was kinda iffy for me, I wasn’t sure at first. Then I took it to my kids, my family, they were like ‘Yeah Dad, that’d be great!’ Then, to be able to put something together with something like that, with my character. For me, it was a huge opportunity to get in there and work with somebody who would challenge me.” Shamrock said. “You really have to think on how to be able to do a match like this. I was excited about it because I know it was a different challenge. In that, It was for me to be able to look at that and think ‘this is going to shock people.’ It was exciting and fun.”

Shamrock was active in MMA for a long time, but hadn’t been seen in professional wrestling for some time. He says he took a sabbatical from the ring to heal up, noting how he kept fighting but he was never really healthy. Shamrock said the time away did him some good, but after a year he wanted to get back into training and break a bout with depression, and that led him back to the squared circle.

“I was fighting for a long time, I was never taking any breaks, always grinding and training. I started doing that at the age of 19. I remember I watch three or four fights then I got a win, then I lost three or four fights. I was always injured, I was tired, I never knew how to quit, I always felt I could overcome anything,” Shamrock said. “So I kept getting in the gym, trying to figure out how I could overcome whatever was happening to me. It just got a point where my wife said, ‘Hey, you’re done.’ I didn’t want to think of that, but she was right.”

“I remember stepping away. I took about a year off, and I got depressed. I remember wanting to do something, so I started back up, started training after I took a year off. I felt great, people were commenting on how good I looked. I started getting some opportunities to do some wrestling out in Australia, I went and did my first match,” Shamrock said. “I remember after that first match, I went ‘I felt great’ Fans loved it, I felt good, better than I’d ever felt in a long time. I remember thinking to myself, ‘Wow. There’s something to be said about being able to let your body rest and being able to recover over the years and years that I’d been training.’ And that’s really what it was, I just stepped away. I took a year off, went back in the gym, felt great, and next thing I know I’m doing a suicide dive off the top rope at Bound For Glory. I felt really good and all I needed was a chance to step back and let my body rest and recover.”