HomeNewsKeith Lee: Tonight’s Title Match Is ‘A Chance To Show I Am The Main Event’ 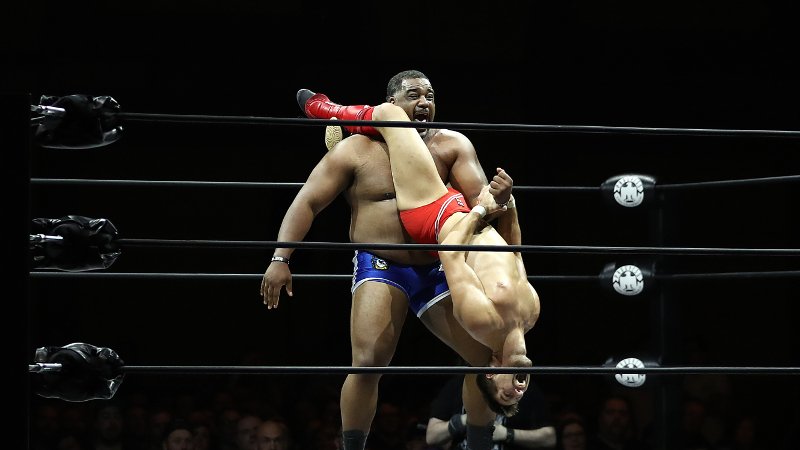 Talking with Sports Illustrated in the leadup to his North American Title Triple Threat match on tonight’s episode of NXT, one Keith Lee discussed how he’s adjusted to the indie scene, how he sees his title opportunity and his legendary series of bouts against Dominik Dijakovic.

On becoming so closely tied with Dijakovic

Any time I get to have a match with Mr. Dijakovic, it’s something special. Now there aren’t just a select few who are aware of it—the world is now seeing it. Good or bad, the internet explodes when it occurs.

This is enormous. It’s a chance for me to show I am the main event. It doesn’t matter where you put me on your card, I know I can be the centerpiece of any show. Period.

On adjusting to WWE’s house style

There hasn’t been a whole lot of adjustment. For me, personally, I didn’t really have to make too much of an adjustment. I think the adjustments I have made are ones I decided upon after watching successful performers in the WWE and trying to make my work better, taking those things and trying to elaborate on them in a way I feel comfortable with.

I’m in championship mode, so I advise people to not miss it. People are going to see something they’ve never seen before. Even if you’ve watched me prior to now, you’re still going to be surprised. It’s going to be worth seeing.

In the full interview, Keith also talks about spending his time training with Performance Center coach Terry Taylor and his tertiary involvement in the Twitter spat between Dijakovic and AEW’s Kenny Omega.