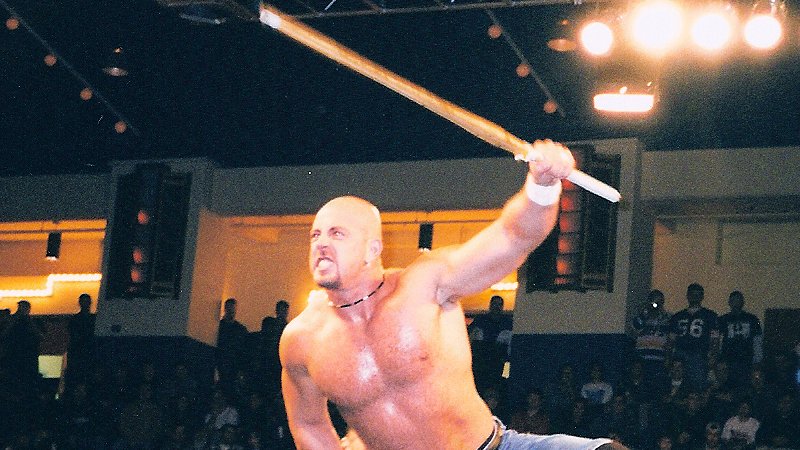 Former WWE superstar Justin Credible – also known as Aldo Montoya – recently sat down with The Hannibal TV, where he discussed a handful of events from his career. One of those were a time where Credible was in Montreal with a handful of other WWE superstars, and things got a bit carried away, leading to Credible having to wrestle while drunk.

“We flew into Montreal, and when we flew into Montreal…we were starving, and believe it or not, some of the best steaks you could get was at…I don’t know what they call strip joints in Quebec, I think they’re called peelers, but it was like a strip joint.” he said. Credible goes on to explain that while there and eating, Shawn Micheals suggested that the group – which consisted of Kevin Nash, Scott Hall, X-Pac, and Credible – all take some shots.

“As we’re drinking and eating, time goes by…it’s 5 o’clock, show starts in Quebec at 7:30, and it was snowing,” he said. “There was no way we were going to make Quebec City, and we were in a van just going as fast as we can, half of us drunk, and just driving as fast as we could.” Credible goes on to say that the group eventually made their way to the arena, where he then had to wrestle under the influence.

“I’m literally getting dressed and I was drunk,” he said. “Putting my stuff on in the car driving…very fast, at least 80mph, and just getting our stuff on. And literally, I got out of the car, it is still snowing, in my Aldo stuff, they’re hitting my music, and I’m running out to the ring, not having any idea what the finish is.”

Credible goes on to say that the match – which featured himself taking on Savio Vega – featured some revenge courtesy of Undertaker and Yokozuna. According to Credible, the duo got some revenge on Credible for showing up drunk, as they had Vega wrestle him a bit harder. “So they made Savio give me all these hardcore chops to the chest, and then Save would look to the curtain…and every time Savio would give me one, he’d look to the curtain, ‘Should I give him one more?’, you’d see all through the curtain, ‘One more!’”

Laughing off the incident, Credible says that those times were “the fun times,” and that while they were being very stupid, it was filled with innocence as well. Thankfully, no one was ever seriously hurt doing some of his times.