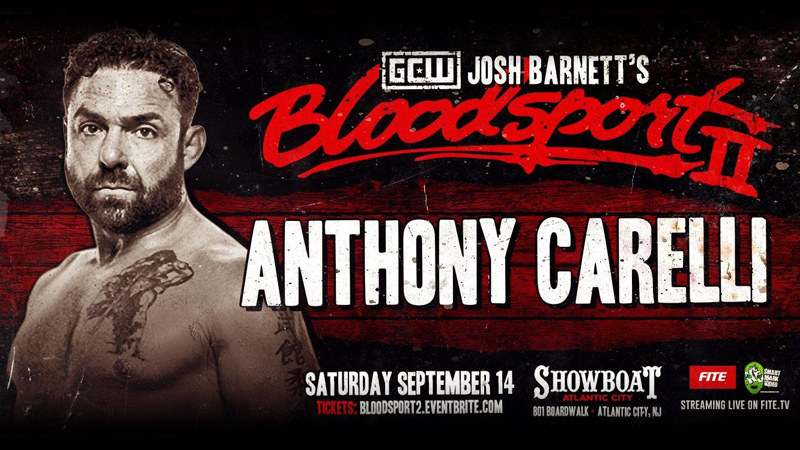 GCW is hosting their latest installment of Josh Barnett’s Bloodsport, and with the latest event – aptly named Bloodsport II – underway, fans can expect a great show filled with a handful of interesting matches. For those who can’t check out the show as it airs live, make sure to check out below for a breakdown of the results as they happen.

The first of the preliminary matches saw Andy Williams seem to be no match for Dickinson in this one, as Dickinson was able to secure a victory over Williams thanks to his superb submission skills. At the end of the match, Dicksinon locked in a rear-naked chokehold on Williams, and as Williams slowly begin to lose consciousness, he was forced to tap out.

Another preliminary match, this one saw both competitors giving it their all, but it was Makowski who was able to come away with a victory thanks to his kicks. After dropping Gulak down with a kick to his legs, Makowski landed a head kick to Gulak, which knocked him down and out and forced the referees to step in and end the match.

These two battled it out in one of the three preliminary matches, and saw Sakai’s submission techniques overpower Snow throughout the match. Sakai locked in an armor on Snow late in the match, and unable to do anything, Lindsay was forced to tap out.

Another victory by submission, Hammer almost looked as if he would lose this match before flipping things late. After taking down Kratos multiple times, Hammer was able to knock him down once more, where he locked in a vicious head hold from the side, and forced Kratos to tap out in defeat.

A surprising victory for Carelli, who many will know as Santino Marella. Carelli was able to quickly come away with a win after trapping Grimm in an armor, ending the match with a big ovation. Carelli’s night wouldn’t be over though, as he was also scheduled to be a judge for the night.

Wentz was unable to ever build enough momentum to come away with a win, as Henry was able to counter any move thrown at him. After countering Wentz’s attempt at a move off the top rope, Henry rolled Wentz into another arm bar, which forced Wentz to give into the nasty submission.

Thatcher and Minowa put on an incredible match, but eventually Thatcher was able to come away with a big victory thanks to a particularly viscous submission. After getting a grip on Minowa’s leg at the end of the match, Thatcher was able to get a hold of Minowa’s neck, pulling it back into a nasty submission that forced Minowa to tap out.

Smith and Lawlor got into an absolute brawl, but it was Smith who was able to walk away as the winner after giving the crowd quite a show. Towards the end of the match, both superstars were swinging wildly at each other, but it was Smith who ended up getting the upper hand, landing a big power bomb to Lawlor to knock him out.