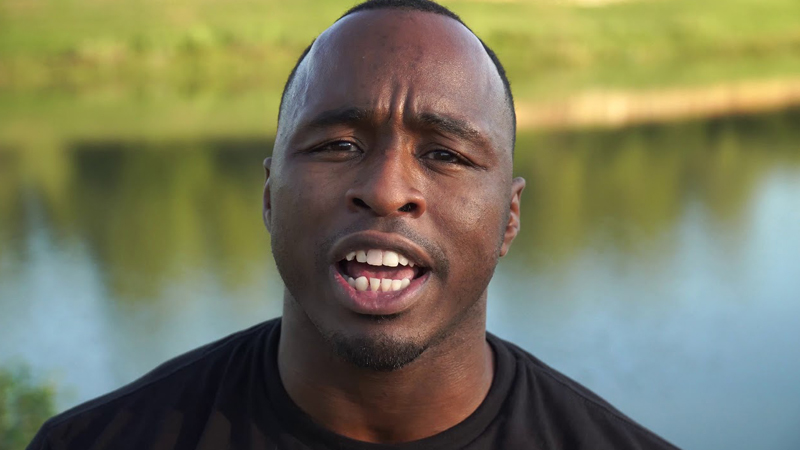 Jordan Myles has posted the following [unedited] remarks on his Instagram page, addressing his controversial remarks yesterday where he addressed a t-shirt design that had racial implications due being reminiscent of a blackface design.

My tweets yesterday were completely disrespectful and were unprofessional.‬

‪I have offend a ton of people and used anger to fuel me. ‬ ‪With that being said.. ‬ ‪I’d like to take this time to state an apologize for not giving a shit about what others think of me. ‪The anger I have inside of me has been built up for years now. Call me what you want, but you’ll never EVER be able to call me fake.‬ ‪ I’ve been lied too, used, and often mistreated by others who I viewed as associates.‬ ‪I’ve tipped toe around, kept quiet, even took some Ls when necessary. Emotionally charged up due to the shirt which triggered past emotions. I’m never going to be sorry for being me nor will I take back my words.‬ ‪I’m the damn professional wrestler in the WORLD & universe today.‬ ‪My ribs are touching and I’m tired of waiting. Time to snatch plates from those that have been eating far too long and always gets seconds while guys like myself have to eat crumbs from the floor like an unwanted child.‬ ‪For 4 years .. I gave my all to a promotion only to find out that you could only reach so high just as long as you didn’t surpass certain “people”.. I never begged for anything, I never kissed no ass, nor did rub elbows with the right ppl to get ahead. I HUSTTLED, WORKED HARD. ‪I didn’t call Hunter everyday to get booked in New Japan (s/o to NJPW) I earned it.‬ ‪I’ve always wanted to be “The Guy” and of no one will allow me to be in that spot.. I shall blaze my own trail to that spot rather it be by the approval of others or not.‬ ‪Today i shall continue to go the distance. Today I shall Lee moving forward. Today I shall rise up from my past ashes like a Dark Phoenix and promote change in this industry.‬ ‪Remember these words ‪I AM THE BEST IN THE WORLD! AND NO MAN OR WOMAN WILL STOP ME FROM BEING HONEST.‬ ‪GO THE DISTANCE…‬ ‪#MylesAhead‬
‪#ForTheCulture

Myles spoke out about a shirt designed on his behalf, noting that it carried racial implications and it was a “slap in the face” to African American performers. WWE then released a statement stating he approved the design, but Myles (aka ACH, Albert Hardie) later responded by saying a WWE employee named Baker Landon lied to him about the final design and Triple H’s feelings on it. Myles then posted screenshots of an email from Landon saying Triple H (Paul Levesque) wanted the design, posting his ‘receipt’ that Landon had deceived him. Myles continued to be outspoken on Twitter, calling out WWE for re-hiring Hulk Hogan, as well as targeting Ring Of Honor for their treatment of African American performers.

Many wrestlers commented on the matter, with Titus O’Neil agreeing the shirt was inappropriate, but noting Myles bringing other people into the fold was in poor taste. Booker T also spoke about the matter on his Hall Of Fame podcast, saying he understand this was a racially charged matter, but he didn’t like Myles holding court in public instead of behind closed doors.

WWE’s initial statement is below:

Albert Hardie Jr. (aka Jordan Myles) approved this t-shirt for sale. As always, we work collaboratively with all of our performers to develop logos and merchandise designs and get their input and approval before proceeding. This was the same process with Albert, and we responded swiftly once he later requested that the logo/t-shirt be redesigned. No t-shirts were sold.