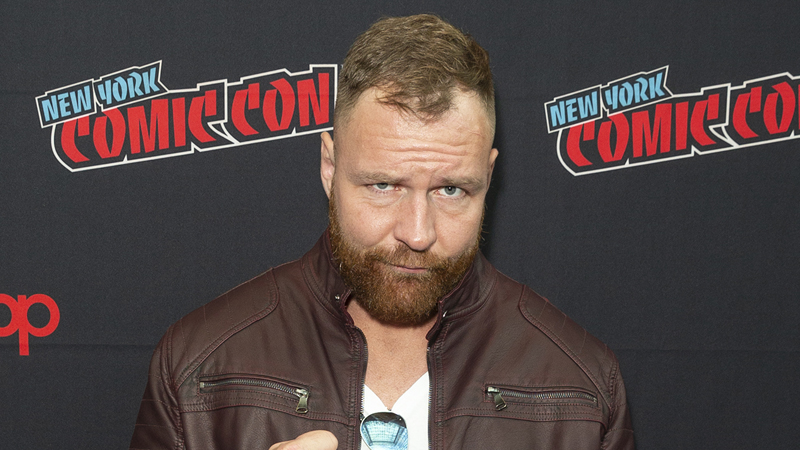 Before taking on Shawn Spears on tonight’s episode of AEW Dynamite, Jon Moxley sat down with StillRealToUs.com at New York Comic-Con and answered a few questions regarding his new place in the wrestling industry. Highlights from the interview provided by Still Real To Us are as follows:

Having creative freedom in AEW:

I was told, ‘Do whatever you want to do.’ I said, ‘We need thumbtacks, and barbed wire. That’s all. PG-13. Not the death match.’ And [Tony Khan] was like, ‘Cool. Sure. But, if I would have been like, ‘I also want a flaming brick, and I want a monster truck that shoots missiles.’ Basically…anything that I would have asked for–save for a chainsaw–they would have probably given it to me.

Why he hasn’t been talking trash about Kenny Omega:

When I didn’t make it to the fight in Chicago; where I come from, if you don’t show up to the fight, you forfeit the ability to talk sh*t. Alright, so I gotta sit back and let everybody run their mouths. Call me damaged goods. Say whatever you want about me not being at All Out. Okay..that is until I see you again. I’m going to slap you in your f*cking mouth, and then I’m going to drill your head into a table. I’m going to leave you laying, and I’m going to put you in a hospital. Then, maybe I’ll talk a little crap about you now, and you’ll see how it feels.

We don’t need writers or producers, or anything like that. We know what we are doing. You’ve got myself, Jericho, Kenny, Cody, The Bucks, PAC, and Spears. We’re all at the top. If we wanted to be in WWE right now–we could, and make huge money. Any one of us. We’re all actively choosing to do this, instead.