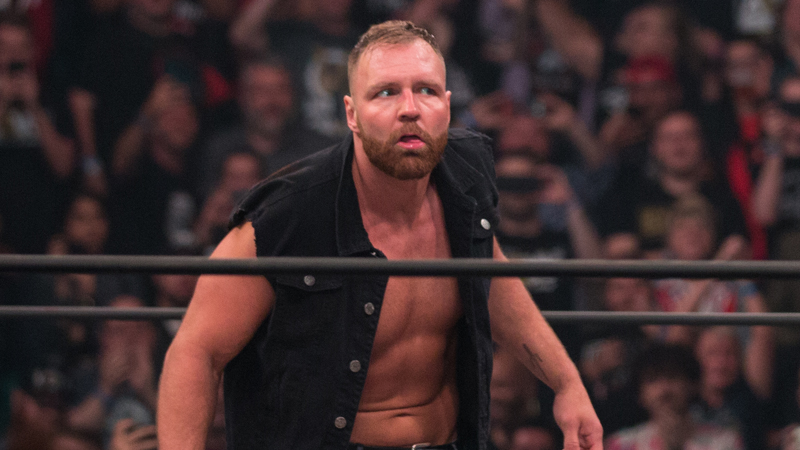 The main event of tonight’s episode of All Elite Wrestling Dynamite saw Jon Moxley face off against PAC.

However, it wasn’t a completely fair fight as PAC attacked Moxley with a chair before their match and then began choking him with his own leather jacket. He then rammed Moxley into the barricades as payback for “Mox” abandoning PAC in their tag match last week.

Once the actual match started to take place it was all PAC on the offensive. Moxley managed to slug his way back into the match with some big punches and the two had a very hard-hitting affair. PAC landed an array of kicks, but Moxley managed to hit a huge clothesline to finally gain the upper hand for the first time in the match.

After a big suicide dive, Moxley hit a black hole slam but PAC kicked out. Moxley would stay on offense and lock in a cloverleaf submission hold, but PAC held on strong and worked his way to the ropes. Both men battled valiantly for a finish with only minutes left and PAC hit a huge falcon arrow from the top rope for a two count. Moxley would tumble to the outside of the ring and PAC then hit a 450 splash to “Mox” on the floor. To potentially win, PAC went for a black arrow but Moxley rolled out of the way.