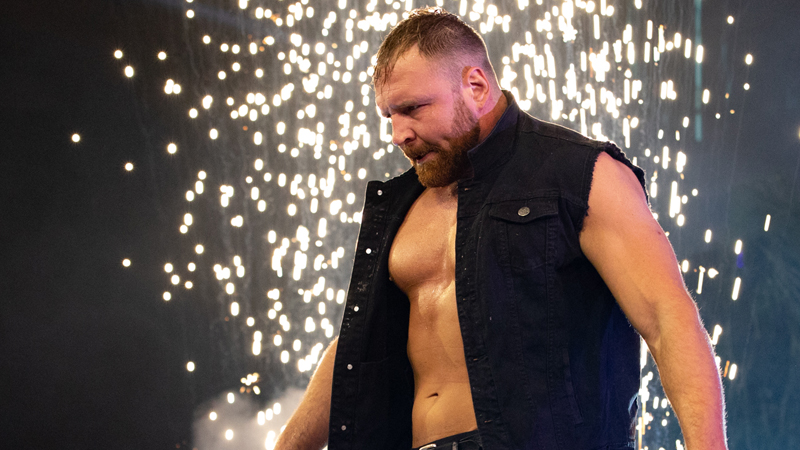 Jon Moxley took part in All Elite Wrestling’s media press conference at New York Comic-Con 2019, where he discussed a lot in terms of his wrestling career. Moxley spoke about a handful of topics, including how he feels regarding his move from the WWE, and what he thinks AEW has already begun to do for wrestlers outside of the company.

Of course, Moxley did also touch on his recent bout with a MRSA injury. Moxley was asked about the GCW & Josh Barnett Bloodsport show, and how he felt about it. According to Moxley (via Cageside Seats), he watched nearly all of the show, and praised the event for its use of technical wrestling.

Yes, Jon Moxley watched GCW and Josh Barnett's Bloodsport II, and it sounds like he enjoyed it — especially getting to watch the badass that some call Santino and others call Anthony Carelli [from the AEW NYCC Press roundtables] pic.twitter.com/4lnW4GimSV

Moxley was also asked about the future of wrestling, and he discussed how he believes that WWE is going to be changing its touring schedule – which he calls “stupid – eventually. Moxley also touched on the payment that wrestlers receive, and said he’s glad companies are attempting to pay more in order to lock superstars down.

Moxley thinks WWE will change its "stupid" schedule, and is happy to hear that wrestlers are finally getting paid more [from the AEW NYCC Press roundtables] pic.twitter.com/fNXcYsdl3K

Elsewhere in the conference, Mox touched on moving on from the years of being Dean Ambrose, and said that he’s now trying to be more upbeat when it comes to how he approaches things.

Jon Moxley on finally waking up from his WWE slumber where he was trying to be positive [from the AEW NYCC press roundtables] pic.twitter.com/TB8N1EUXdI

RELATED: Nyla Rose On Being Identified As Transgender Instead Of Just ‘Wrestler,’ Jon Moxley On Finding AEW ‘Almost By Accident’