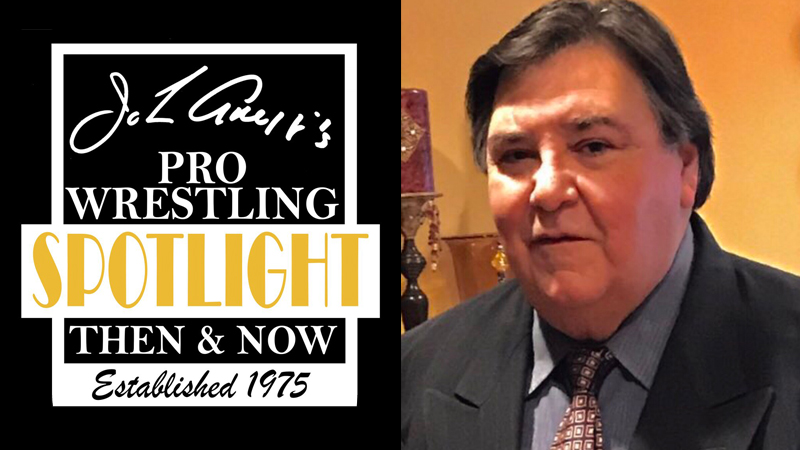 Earlier this week I was fortunate enough to speak with pro wrestling media trailblazer John Arezzi who is well known for his ever-popular Pro Wrestling Spotlight radio show that ran throughout the late ’80s to mid-1990s. In addition to that, Arezzi took part in many historic moments in Madison Square Garden as a ringside photographer and went on to become the first big promoter of “Weekend Of Champions” which is considered to be one of the first major wrestling conventions in which fans could interact with some of their favorite wrestlers and personalities.

Mr. Arezzi shared some exclusive news with me regarding what he has planned ahead for his future as he gets back in touch with the wrestling business (Arezzi broke away from it all back in 1996 to work in the music industry) which includes two books and a potential television opportunity in the works. He also is tossing around the idea of having a 30-year anniversary of sorts for his “Weekend Of Champions” event.

“I will make the official announcement really soon, but there’s a book in the works. There’s actually a couple books in the works, a photo book. Some of the archives that will be released with Crowbar Press and so we’re kind of formulating the timing of that and what’s going to be in that book since I have a vast amount of photographs and archives, but there’s also an autobiography that I just signed a deal. I can’t talk about the publisher yet or too many details about it because I’m waiting for them to put the press release out, but it is signed. The deal is signed and I’m excited about that, but that book won’t be released until the Spring of 2021 so you’re hearing that first. I actually haven’t told anybody about that yet and I was offered a television opportunity with the archives. I received an agreement from a company that I can’t disclose yet, but my lawyer is now looking at that agreement and is going to be negotiating that for me and if it’s a good fit then there will be a place for some of these classic matches and ‘mat memories’ that I have to be out and distributed by a major company that everybody knows. It’s just gotta be the right situation and then we can announce that.”

“I’m kind of bouncing the idea around of a smaller, more intimate 30-year anniversary of Weekend Of Champions. So that’s something that’s on the list of things that I’d like to do.”

Stay tuned for more with Arezzi as our full 50-minute audio interview will drop next week.