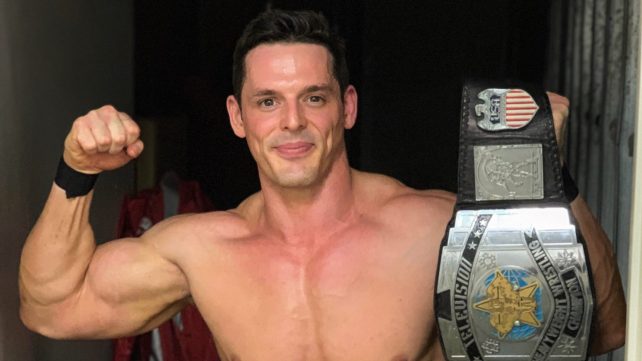 It was over the summer when Jessie Godderz made a brief return to the world of wrestling when he made a surprise return to capture the OVW Television Title, but now “Mr. PEC-Tacular” plans to make a return to the ring on a more regular basis. Godderz has stayed quite busy in show business as he did publicity with CBS’s Big Brother, he portrayed the character of Dylan Buckwald on Popstar! TV’s Tainted Dreams and was on Amazon’s New Dogs, Old Tricks as Evan McLaine. Godderz made the following statement regarding his impending return:

“I can’t express to you enough how excited I am to return to wrestling on a more regular basis. Over the last couple of years, I’ve made Special Guest Appearances at some of the most popular and respected promotions in the business, run by world-renowned promoters (and good friends) including Chris Roach & Chris DeJoseph’s Lucha Underground, Al Snow & Chad Miller’s OVW Wrestling, and Joey Ryan’s Bar Wrestling. Now with my other TV commitments about to finish up, I’ll soon be coming back bigger and better than ever. Over the years, I’ve won 8 Championship titles (including 2 at Impact and 6 at OVW) and I hope to add many more titles to my collection soon. Get ready for the most PEC-Tacular return in history!”

Another notable talent making his way back into the squared circle fold is Justin Credible. Credible just revealed on his Twitter feed yesterday that he and Vince Russo will be doing a weekly podcast reviewing AEW Dynamite for Russo’s Patreon network.

Am THRILLED to Announce that @PJPOLACO will be joining me EVERY FRIDAY for the @AEWrestling Review Show on Patreon!!! Welcome to the BRAND FAMILY, Justin Credible!!!https://t.co/4PpdGbwQbH pic.twitter.com/JqdT02hyz8