HomeNewsJazz Discusses Her Experience With AEW, What’s Next For Her

Jazz Discusses Her Experience With AEW, What’s Next For Her

Jazz Discusses Her Experience With AEW, What’s Next For Her 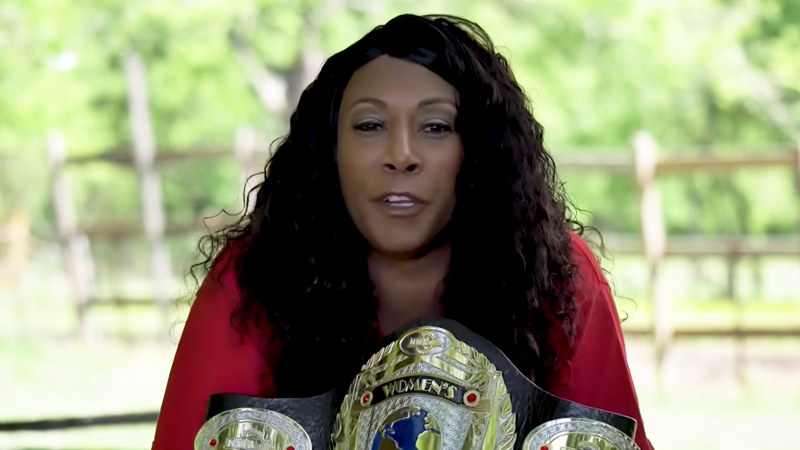 Former WWE and NWA Women’s Champion Jazz was recently a guest on Women’s Wrestling Weekly to talk about several professional wrestling topics. Jazz discussed her recent involvement with All Elite Wrestling (AEW), if she’ll ever challenge for the NWA Women’s Title again, and her experience with AEW.

Her recent involvement with AEW and what’s next for her:

There really been no discussions as far as that goes. But not there’ s been no contract signed, Everyone’s has been asking me that. There isn’t a contract signed Honestly you know I’m coming to and end as far my in-ring work. It’s coming to an end. I just turned 47 in August.

It’s time for me to say, it’s enough. So right now I’m a trainer at a wrestling school, Hybrid School of Wrestling. I love being a coach and that’s what I would love to do. I love to give back. If I sign anything, it would most definitely be me being a trainer or coach. That’s my passion right now. That’s what I want to do.

If she’ll challenge for the NWA Women’s Title one more time:

I’m at the end so you never know. I may do one more big thing before I hang up the boots for sure. I don’t know yet.

Her experience with AEW:

It was so great, oh my god, coming down that ramp and see those fans. It was such an adrenaline rush. I came out with a different look, a lot of people hadn’t seen the bald, so it was something different. Brandi Rhodes reached out to me and she asked if I was under contract with anyone like NWA as of right now and I said no I’m not. She said cool, we wanted to see if you’re interested in being apart of our Battle Royal.

I was like, yeah, who would say no, first of all. That’s how it happened. They brought me in to do the vignette and the whole time I was thinking what could I do that would be like “BAM” oh yeah she’s back…. It was pretty nice, pretty cool. Everyone was there was overwhelmingly nice and making everyone feel welcome…. They made everyone feel at home and very comfortable. That’s one thing I loved about AEW.