HomeNewsJake Hager Thanks Chris Jericho For Killing ‘We The People’ Chants 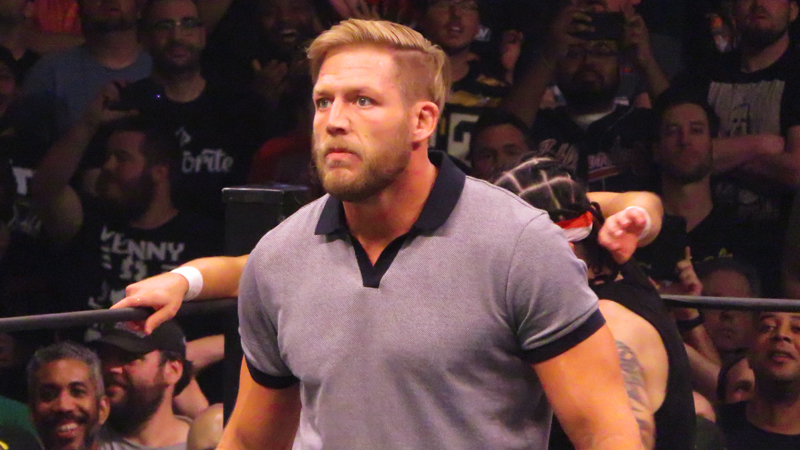 Jake Hager was a guest on SiriusXM’s Busted Open and had nothing but good things to say about Chris Jericho. When asked if he was upset that Jericho killed his “we the people” chant, he emphatically said no.

“It’s one of those moments that really shows why Chris Jericho is on the Mount Rushmore of pro wrestling,” said Hager. “His timing, his ability in the ring, and his experience is so awesome. He didn’t even say anything special, but the way he said it, though, was perfect. It was a great moment, a great start for us. I’m not upset at all, it had to be done.”

Hager also loves it because it helps him move on from being Jack Swagger. “Pro wrestling is all about staying fresh,” explained Hager. “You’ve got to go away and come back. Pro wrestling fans love surprises, so let’s surprise them, and not just give them the old stuff. That was Jack Swagger, but you’re looking at Jake Hager now.”

RELATED: Details On When Jake Hager Can Start Wrestling In AEW