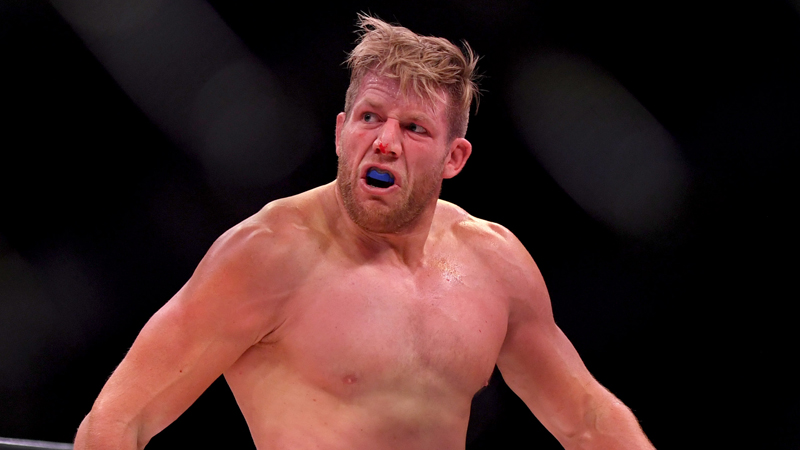 In the aftermath of Jake Hager’s no contest against Anthony Garrett at Bellator 231, the AEW wrestler stated that he felt that his opponent wasn’t up for a fight. The fight ended prematurely after the referee spotted what he called an unintentional knee to the groin. Jake had other thoughts about the incident.

I didn’t think I hit him at all. Is it something I’d be interested in running back? I don’t know. It didn’t seem like he wanted to fight tonight, so what’s going change the next time? Is he really going to want to fight next time? I’m a competitor. I’m a fighter. I’m doing so much right now trying to get myself better. For him to do something like that? Whatever.

Bellator MMA President Scott Coker also commented on the no-contest, saying that accidents happen. “We’ll try to get him back in the cage as soon as possible. I know he’s very busy schedule with wrestling and we’re supportive of that. When he’s ready to fight in a cage then we’re happy to have him.”

Hager will next appear alongside The Inner Circle in AEW, backing up Chris Jericho as Le Champion prepares to take on Cody at Full Gear.

RELATED: Jake Hager Fights To A No Contest, MMA Bout Ends After He Throws Several Knees To The Groin