HomeNewsJake Hager On Fans Doubting His MMA Career, How Roman Reigns Would Fare In Bellator

Jake Hager On Fans Doubting His MMA Career, How Roman Reigns Would Fare In Bellator

Jake Hager On Fans Doubting His MMA Career, How Roman Reigns Would Fare In Bellator 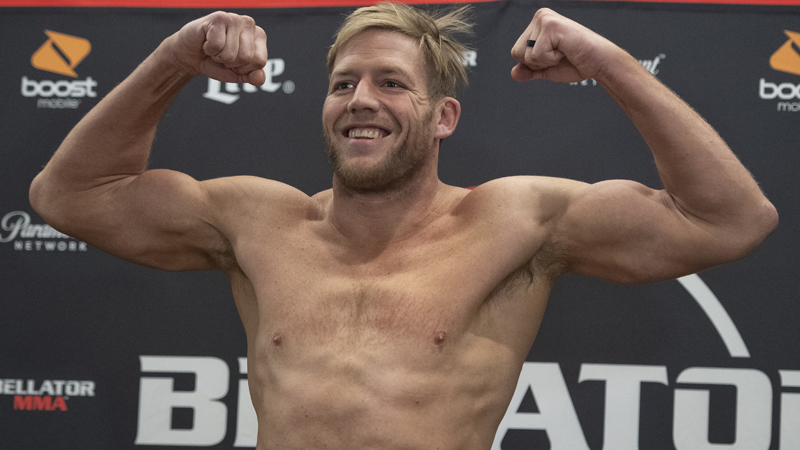 Jake Hager was interviewed by Sherdog’s Keith Shillan ahead of his Bellator MMA bout against Anthony Garrett at Bellator 231 on Friday night. Hager discussed the crossover between pro wrestling and MMA, how fans have responded, and what wrestlers he thinks would do well in the sport.

On if MMA fans have welcomed him into the sport:

For me, I think 90% of it has been very positive. MMA fans and pro wrestling fans are similar in that they care about their sports very much. They want to see that you’re serious and not making fun of them or the sport that they love. I don’t know if I’ve won them over yet, but once they see that I’m serious and really committed to it, it’s a great reception.

If fans know how serious of an athlete he is:

I think it’s surprising for a lot of people to see Jack Swagger crossover to MMA because they know Jack Swagger more than they know Jake Hager. They know the WWE for the past 12 years, they don’t know Jake Hager the two-time Oklahoma state champion that has been wrestling since he was five. All my close friends they know who I really am, so this isn’t a reach or an extension for me.

On people thinking he isn’t taking MMA seriously because he signed with All Elite Wrestling:

I would say to the critics that they don’t have a black belt in time management like I do. The only adjustment I made once I started at AEW is my rest days. We turned our travel days into rest days, so I have to be even more adamant about getting my sleep and nutrition on the airplane and being prepared. I have a great team … they give up their weekends for me. It’s a slight adjustment.

On Cain Velasquez joining WWE and being put in a high-profile position:

It takes years and years of training to have a great match with somebody. As excited that I am that he crossed over, and I love the competition and the comparisons because him and I are the same age and were in college at the same time, I don’t think someone can walk off the street and have that Hall of Fame five-star match. It’s going to be an eye-opener for a lot of fans and him. I just hope they don’t have their expectations too high and let him grow into it because I know he can be successful at it.

It took me over three years in developmental to be ready for the main roster and you can’t just erase that. You need that time, just like how you need time in the cage to work on your stand-up.

What pro wrestlers could do well in MMA:

I think Roman Reigns could come over and do very well. He’s an ex-college and pro football player. One of the best athletes I’ve been around and he has that toughness to him. We’ve rolled a couple times, I’ve felt him, and I think he could hold his own if that’s something he was interested in doing.