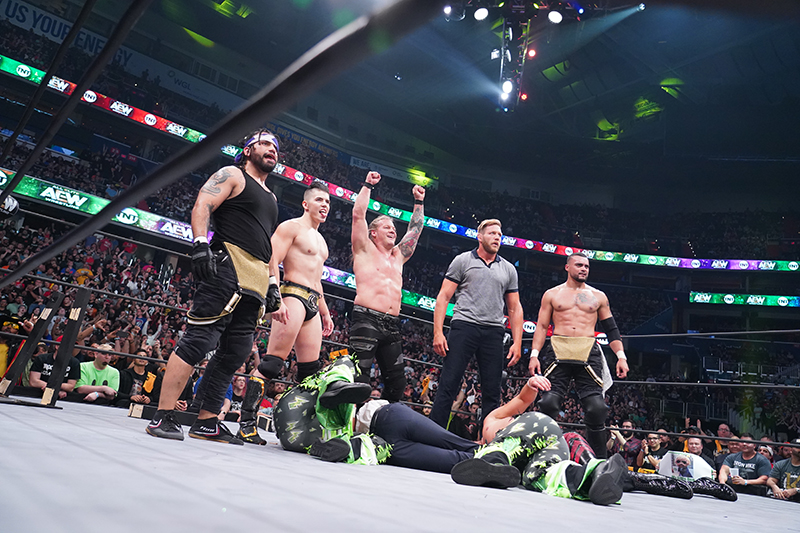 As reported by ESPN, hybrid wrestling/MMA star Jake Hager looks to bring a little AEW to his next fight. After joining Chris Jericho’s Inner Circle on AEW TV in recent weeks, Jake will have the faction in the arena beside him for his fight at Connecticut’s Mohegan Sun. While Le Champion himself won’t be in attendance, Sammy Guevara, Santana and Ortiz will all be backing up the group’s muscle as he looks to retain his undefeated streak in mixed martial arts.

Jake will be facing Anthony Garrett, a 29-year-old fighter with four wins and two losses. They’re set to do battle at Bellator 231, which airs on the Paramount Network at 9PM. Jake is scheduled in the first fight on the televised card. The event also features former UFC champion Frank Mir clashing with Roy Nelson for the second time.

RELATED: Jake Hager On Fans Doubting His MMA Career, How Roman Reigns Would Fare In Bellator