HomeNewsJake Atlas On If He Was Openly Gay During Pro Wrestling Training, If He Was Treated Differently After Coming Out

Jake Atlas On If He Was Openly Gay During Pro Wrestling Training, If He Was Treated Differently After Coming Out

Jake Atlas On If He Was Openly Gay During Pro Wrestling Training, If He Was Treated Differently After Coming Out 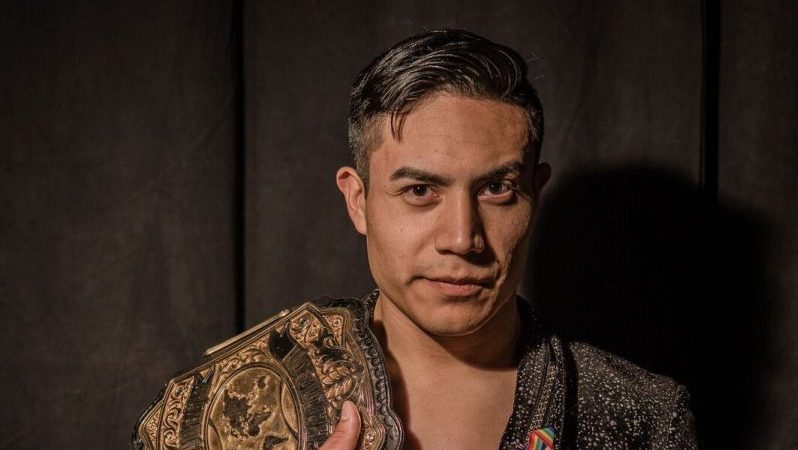 If he was openly gay during training:

Oh, no no no. I was openly gay in my personal life, but that was X’ed out in training. My personal life involves a lot of people who do not know about wrestling, who don’t care about wrestling. My friends are not wrestling fans. At the time there was no relation whatsoever. I signed up to do this, and I decided that no one was going to know who I am.

I was going to be a straight male pursuing wrestling. I was not open about that at all. I was just Kenny. I would deepen my voice, I would wear certain things to look manlier. I put in effort to look more masculine—I’m a fairly masculine person in general, but I felt like I had to go even harder so no one would know I was gay. I just knew that I had something to hide, so I went even further to try and hide it.

Why he wanted to hide that part of his life:

The main thing for me was that I always had a specific goal in mind. I knew where I wanted to end up in wrestling, I had certain goals for myself that I just couldn’t see happening if I was open about my sexuality.

It had never been done before, I had never seen it before, I had no idea that it was even possible—it wasn’t something that was promoted at the time. And still to this day isn’t really promoted! I thought if I came out, I would be categorized, stereotyped, labeled—and more than anything, limited.

If he was treated differently after coming out:

No! I was very lucky that it was so accepted. But unless you’re in our shoes—unless you’re an LGBTQ person—you can never really know or understand the fear. I remember coming out and some people saying, “Oh, that’s not a big deal.” But you don’t really know what I come home to that may trigger the fear. But it was a relief more than anything. I first came out to Brody King. And he’s a scary guy!

But he’s also the kindest person, the most accepting person. So that validation gave me so much courage. So then I came out to the entire Santino Bros. school and that was a huge relief. Once I did that, I waited about six more months to be more public about it. I wanted it to mean something. I didn’t want to just throw it away. I wanted it to be special. So when I won an award in Southern California, I decided that was the perfect time to do it.

The reception was really cool. There was a little bit of negativity on sites like Reddit, some comments here and there. But I just had so much strength that I was like, I did what I did. I know what I’m getting myself into. I know that the further I want to go into this, the more heat I’m going to get. So I’m just going to focus on the positivity.