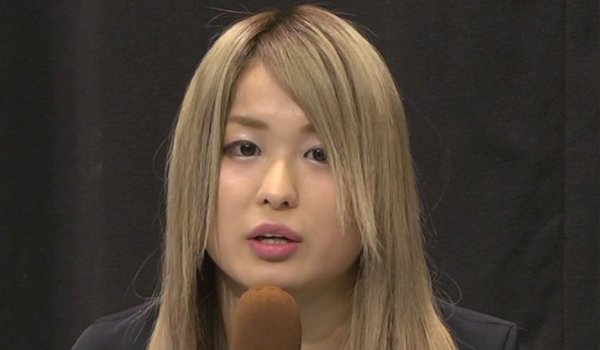 It was announced this past Wednesday by William Regal that the first ever Women’s WarGames Match would take place at the next NXT TakeOver and one of the division’s most diabolical competitors wants a spot in the hellish match. Io Shirai just made a pitch to be one of the participants, citing that she’s annoyed by Candice LeRae and Rhea Ripley.

“Candice, Rhea, everyone is annoying me. That’s when William Regal announces the Wargames at Next NXT TakeOver! Did you hear that!? If I get a shot at women’s first ever Wargames, Ms. Io Shirai will survive and leave deep scars in the match! Don’t take your eyes off me!”

Shirai defeated Candice LeRae on this week’s NXT via a well-placed steel chair that gave “The Genius Of The Sky” an undeserving 1-2-3. One of the WarGames captains, Rhea Ripley, rolled in the ring to make the save. If such an encounter indicates anything, we may very well see Io get her wish.

RELATED: NXT Orlando Gets In The Holiday Spirit With Halloween Battle Royales (Video)