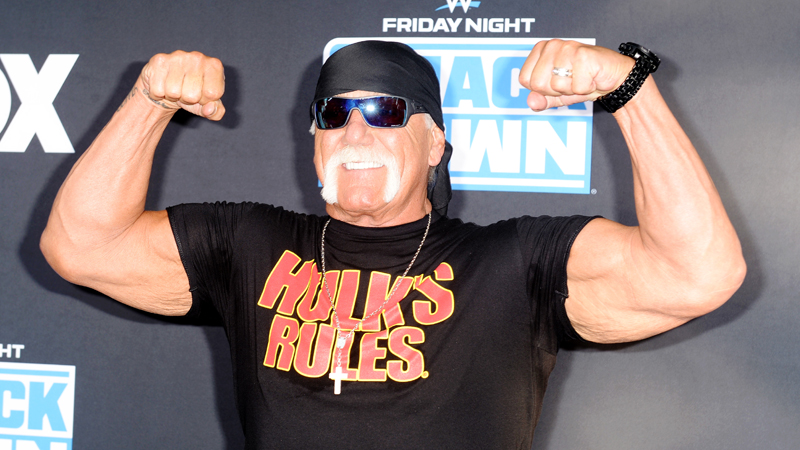 Hulk Hogan took to his Facebook page this morning to give his side of the story on his now-viral hotel incident that was caught on video between him and an alleged drunk fan which is below:

According to Hogan, it all stemmed from grabbing a drink with his Saudi adversary, Ric Flair.

“Here’s the exact truth of what happened: so Flair (of course), said, ‘Hey man, after the matches tonight (after SmackDown), come down to the bar for one drink.” I said, ‘Okay, brother I’ll come down for one drink.'”

Hogan says that Jimmy Hart tried to talk him out of it, worried about impending trouble, but Hogan was up for tipping one back.

“Flair goes, ‘It’s really calm in the bar and nobody will mess with us.’ I said, ‘Okay’ So we hit the front of the hotel. The bar and the lobby was right there and it was the TV hotel so it was packed with fans.'”

“This one guy came over and he was drunk on his ass. He was really drunk on his ass. He had about four guys with him, you know they all look like 40, 45-year-old guys, they’re all over 6-feet tall. Just a bunch of rangy lookin’ spoons, you know. And so Flair runs him off, next thing you know he sends over two Shirley Temples for me and Flair, you know. Saying we’re a couple of you know, pussies. You know, Flair gets all lit up – he dropped the line at the booth, goes ‘Oh, the last time I had a Shirley Temple was when I was ‘You-know-whatting’ your wife,’ so I said, ‘Oh my God, please Flair stop,’ but he said it at the table with me and it was just funny.

Hogan says after that, Flair left and as Hogan’s gathering his stuff getting ready to go, the drunk who ordered the Shirley Temples yelled at Hogan and called him a ‘fucking dick.’ The only thing that Hogan could think of saying was that Shirley Temple line in which Flair dropped.

Hogan then talks about challenging the drunk to step outside, but what the drunk fella didn’t know was that according to Hogan, who was on crutches, that there was plenty of talent ready to have his back, including Brian Kendrick.

“There’s this crazy bond, man. There’s this loyalty thing. So if you get into a fight with a wrestler in a bar, you better make sure that there are no other wrestlers around. So I didn’t realize it but as I’m arguing with the guy I looked and I see Brian Kendrick circling the wagons, I see all the other guys, just in position.,,”

You can watch Hogan give his full take of the incident below:

RELATED: Hulk Hogan Explains How Using The Leg Drop In Japan Led To It Being His Finisher