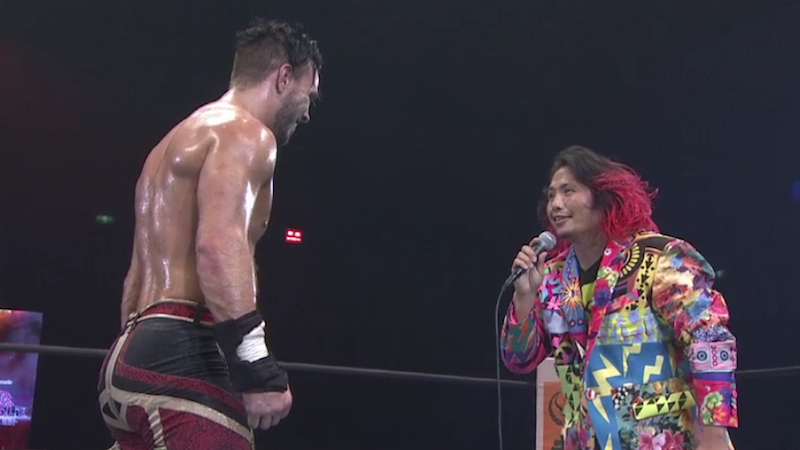 Former-IWGP Jr. Heavyweight Champion Hiromu Takahashi returned from a devastating neck injury on Sunday. After IWGP Jr. Heavyweight Champion Will Ospreay defended the title against BUSHI at NJPW Power Struggle, a video played on the video walls, with a countdown to January 4th. Hiromu Takahashi then challenged the champion to a match at Wrestle Kingdom 14.

Takahashi relinquished the IWGP Jr. Heavyweight Championship after his injury in San Francisco. Having never lost the belt, he looks to reclaim it from Ospreay, who has been having a banner 2019.

Hiromu returned with his cat family, Daryl and El Hijo Del Daryl. He also threw himself around the ring, and did a neck bridge, to prove that his body is sound and healed.

Hiromu Takahashi is BACK!