HomeNewsHangman Wants To ‘Rides Alone’ On Latest Being The Elite

Hangman Wants To ‘Rides Alone’ On Latest Being The Elite

Hangman Wants To ‘Rides Alone’ On Latest Being The Elite 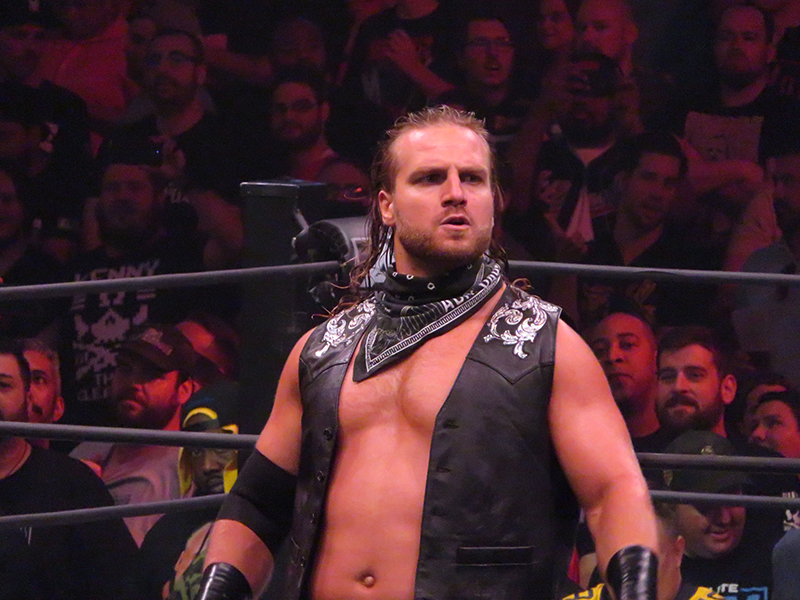 This week’s regular edition of Being The Elite sees the group continue to lick its wounds after devastating losses at recent AEW events. Before some “Merchfreak” fun, Nick Jackson notes that Matt Jackson isn’t medically cleared to compete and that he’ll have trouble getting used to traveling alone.

Later in the episode, the Bucks ask a despondent Kenny Omega if he’s gotten the hardcore bug out of his system during his Lights Out match with Jon Moxley. Mostly ignoring the duo, Omega mutters to himself that he can beat him and wanders off. Afterward, Hangman Adam Page shows up to inform the Bucks that he feels that he’s the least successful member of The Elite. He doesn’t feel like he should be in the group any longer, saying he wants to “ride alone.” The entire episode caps off with Hangman turning a picture of the group to its side and considering his future.

The more fun half of the episode features the Best Friends and Orange Cassidy answering Twitter questions in the BTE Mailbag. We learn that Orange Cassidy is a fan of tater tots and that his parents really liked Michael McDonald. Also, Chuckie T is more popular than Trent. Sorry, Trent.