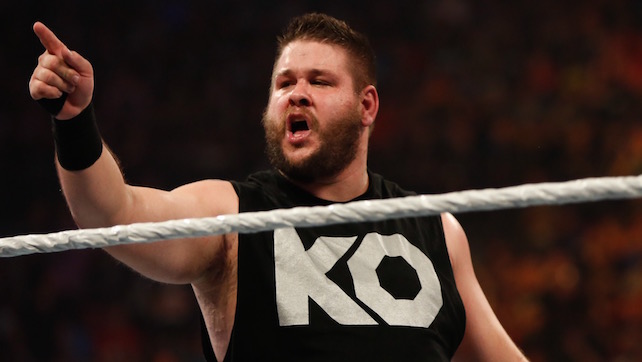 NXT makes its much anticipated USA Network debut tonight (although the show is split between the cable station and the WWE Network). Due to the occasion, many of its past stars and champions are looking back at the yellow brand’s significant moment.

Check them out below:

I didn’t get to spend as much time there as I would have liked to but @WWENXT will always feel like home for me. It’s full of good and very talented people, both in and out of the ring, and everyone there has worked so hard to get to this point.

Tonight is going to be special.

I think about my years in @WWENXT all the time. I was told all the time “Remember, these are the best days of your life”…and they truly were. I am beyond proud to have been a part of this dream, to where we are now. Tonight #NXT debuts on @USA_Network. Congratulations to all ❤️ pic.twitter.com/RuE56wxC0O

Ever make a post on social media and know what 98% of the comments will be?

Anyways, my fondest well wishes to @wwenxt on their live debut tonight on the @usa_network.

“The only way you can light people on fire is to be lit yourself, from the inside.”#wwenxt pic.twitter.com/dwPXPretjF

My debut match in @WWENXT was also @SamiZayn’s debut. So basically you have me to blame for his entire existence. I’m so very, very, sorry. History will be made tonight. Good luck to everyone there. Hopefully @RobertStoneWWE isn’t booked. 🤘🏻 pic.twitter.com/r4AdCRMBeF

NXT & the WWE Performance Center created a new platform for pro wrestlers to grow. In 2016 the Cruiserweight Division became its first extension giving many journeymen like myself a place to compete regularly on a worldwide level. We're excited for the future. #NXTonUSA #205live pic.twitter.com/L19efYuScQ

Coming to @WWENXT brought the Empress to all of you. Now I cannot wait to watch #WWENXT on @USA_Network LIVE tomorrow!!! 🤡 pic.twitter.com/QLV6yC69nf

Lots of people are weighing in on @WWENXT making its historic debut on national TV tonight, and I just want to say this honestly never would have happened if it wasn't for me (and @WWECesaro) though I'm used to not getting credit for things by now. Enjoy the show xo -SZ

There are SO many more matches & moments that are very special to me, but there are a few ❤️
Can’t wait to see @WWENXT air tomorrow on @USA_Network 🤗🤗 #WWENXT

Tonight @WWENXT goes live on the USA Network. I’m so proud to have played a small role in creating a brand that has flourished into something beyond all of our wildest dreams. Let the games begin. @TripleH @WWE #dream pic.twitter.com/gBzDAJvgRQ

I started in NXT as a "broken toy" but landing there gave my career life again. I knew then what I know now: the whole world needs to experience this. And so they shall, starting tonight on @USA_Network.

During my time as @WWENXT champion I corrected every journalist who used the term ‘moving up’ as NXT has always been the 3rd brand in my eyes. This Wednesday its official. Everyone on Raw & Smackdown better pay attention & up their in-ring game cause business is about to pick up https://t.co/eYFrpwdyER