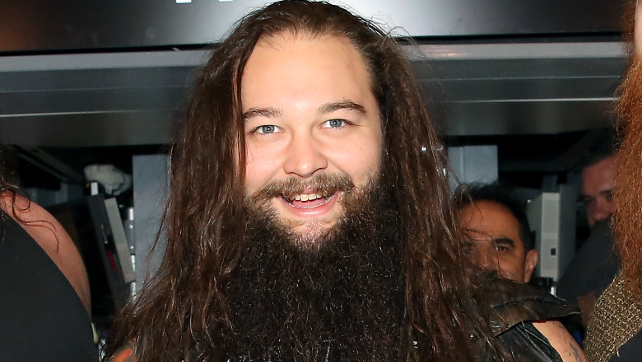 Bray Wyatt is a national treasure.

The Hell in a Cell main event star will challenge Seth Rollins as “The Fiend” on Sunday, but he’s doing interviews as his much friendlier Firefly Funhouse self right now. They were wonderfully awkward as he gleefully talked about wrestlers doing combat inside a cage, although he swears he won’t ever compete as he doesn’t want to get hurt.

Check out his interview at Good Day Sacramento below:

He also went on Fox 40 and aided them with their weather report. “No rain or nothing, but Sunday it looks like a cold day in hell!” screamed Wyatt. “Hell in a Cell is coming to the Golden One Center!”

I don’t think Wyatt will be invited back on anytime soon.

RELATED: What Happened After WWE RAW Went Off The Air