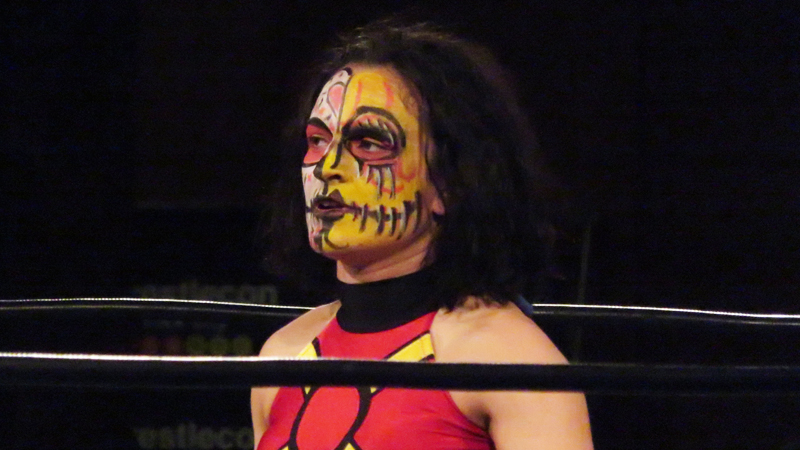 Combate Americas announced on Tuesday that they’ve signed Melissa “Thunder Rosa” Cervantes to an exclusive, multi-fight deal. She’ll be fighting in November against an unknown opponent.

The following press release was issued:

Fighting out of San Antonio, Texas, the 28-year-old former Lucha Underground television series star who was born in Tijuana, B.C., Mexico will make her professional MMA debut in San Antonio on Friday, Nov. 8 against an opponent to be determined, on the Combate Americas live Univision and TUDN national television series.

“Melissa ‘Thunder Rosa’ Cervantes is an established star in the worlds of Lucha Libre and American professional wrestling, and represents another potentially exceptional, crossover star and expansion of the Combate Americas narrative of embracing and developing talent from the Hispanic sports universe outside of MMA,” said Combate Americas Senior Vice President, Operations and Communications, Mike Afromowitz.

Cervantes starred in seasons two and three of Lucha Underground in 2015 and 2016, respectively, under the name “Kobra Moon.”

She and teammates “Daga” and “Jeremiah Stake” went on to win the series’ “Trio Championship,” the six-person tag team formatted match that sees two teams of three face off against each other in the ring.

She won the 2016 Southern California Women’s Wrestler of the Year Award, and later enjoyed a stint with Ring of Honor before joining the ranks of Women of Wrestling last year.

Cervantes has been training in Brazilian Jiu-Jitsu at Brazilian Top Team in San Antonio, since 2016.

Garcia made her MMA debut for Combate Americas in her hometown of Monterrey, N.L., Mexico, on April 12, earning a unanimous decision over Mariana Ruiz Avila.

Combate Americas CEO Campbell McLaren, also the co-founder/co-creator of the Ultimate Fighting Championship (UFC), has been described by New York Magazine as “the marketing genius behind the UFC,” while Yahoo Sports has said he “knows more about the sport than just about anyone in it today.” With an unprecedented and cutting edge product and a blue-chip ownership and management team, Combate Americas is poised to break new ground and bring about a new era in world championship level MMA competition.