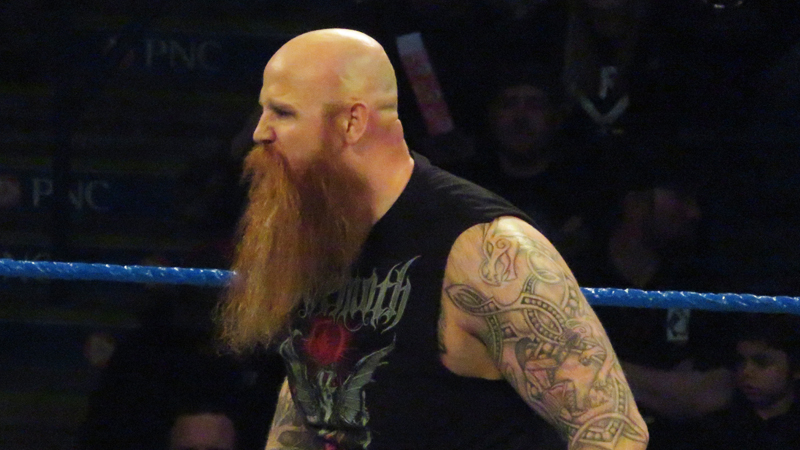 After Erick Rowan’s brutal beat down of Roman Reigns at Clash of Champions, he appeared on Tuesday’s episode of SmackDown Live to discuss not only why he attacked Reigns initially, but also the return of Luke Harper, who joined him at Clash of Champions to take down Reigns.

“Those attacks on Roman were merely meant to scare the man. I suggest you lower your tone, Mike. I no longer allow anybody to speak to me like that. I did what I did to Roman to change his perceived dominance he thinks he has, to show it is merely an illusion. I’ve been overlooked and I’ve been disrespected. People like you, people like Roman Reigns, Daniel Bryan, the whole WWE Universe think I’m just a grunt in the background … but I’m not a puppet. I’m not a follower, I’m a leader.”

Finally, Rowan was asked about his relationship with Daniel Bryan, and his answer there was very simple. “Dan’s biggest mistake was thinking we were intellectual equals,” Rowan said, going on to say that he’s far smarter and stronger than Bryan will ever be.

.@ERICKROWAN sits down with @MichaelCole RIGHT NOW on #SDLive. pic.twitter.com/EO3AAGJ4EQ