HomeNewsEric Bischoff Recalls Getting Powerbombed Off The Stage By Kevin Nash, His Appreciation For Australian Cattle Dogs

Eric Bischoff Recalls Getting Powerbombed Off The Stage By Kevin Nash, His Appreciation For Australian Cattle Dogs

Eric Bischoff Recalls Getting Powerbombed Off The Stage By Kevin Nash, His Appreciation For Australian Cattle Dogs 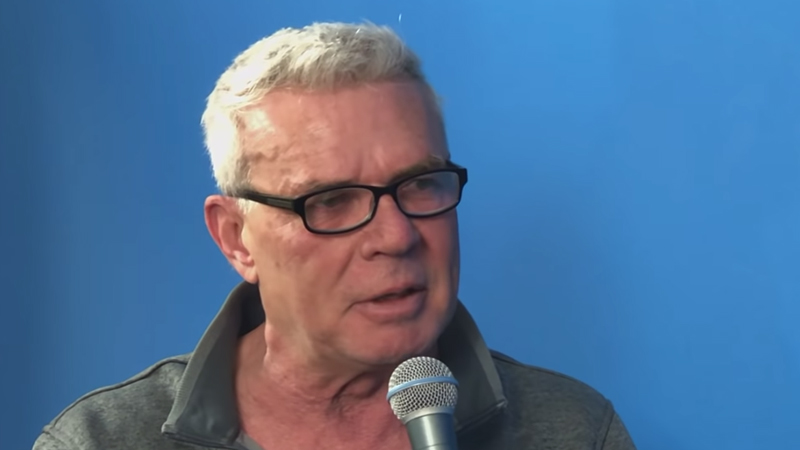 I had the opportunity to speak with Eric Bischoff at Starrcast IV in Baltimore and Eric had some “fond” memories when it came to leaving a mark in the Charm City. He recalled getting powerbombed off of the stage at the 1996 edition of WCW’s The Great American Bash pay-per-view by Kevin Nash, which took place in the same city and was the prelude to the nWo taking off.

“You know, I’d be lying if I didn’t say getting powerbombed off the stage by Kevin Nash. That happened here,” Bischoff said, which ended up being his idea. I asked about if there were nerves about taking the spot, there was no apprehension on Eric’s part. “I don’t usually get nervous about things like that. It was a great idea, I knew Kevin Nash would take care of me and I wasn’t too worried about it.”

Although he was a non-competitor in the ring, Eric does have an extensive physical background, particularly in the combat sports realm of activity so something like taking a powerbomb off the stage was nothing intimidating to him.

“I’ve always had a lot of confidence in myself, I guess maybe, but I’ve always been pretty durable physically. I wrestled in high school, in college and did some Golden Gloves boxing and martial arts and things like that,” Bischoff said, “so physicality was never something I was too worried, but I don’t know it just seemed like a good idea and it would be fun.”

One of Eric’s passions is his dog, Nickie, and the star of 83 Weeks went into detail about what a special breed Australian cattle dogs are. Eric spoke about how loyal and intelligent they are, but noted how much of a responsibility they are and encouraged people to know what they’re getting into.

“On Facebook I see so many dogs, so many great dogs that are in shelters that are given up and it breaks my heart because people just don’t realize what they’re doing. They get these cute little puppies and they think they’re going to be great dogs,” Bischoff said, “and then they grow up and they have a high drive and energy and they need a lot of stimulation and you don’t have the time to give it to them, you ruin them and it’s a sad thing.”

When I asked Eric about what other folks in the wrestling industry are dog lovers, there was one name that rivaled Bischoff when it comes to sharing canine content online — Cody Rhodes.

“I think Cody’s the only guy other than me that posts more pictures on Facebook and Twitter of his dog.”

On a related note, Bischoff also took part in a media scrum that weekend and went into further detail about his recent run with WWE, social media, on-air authority figures and much more in his scrum interview at Starrcast. You can also check out that below.